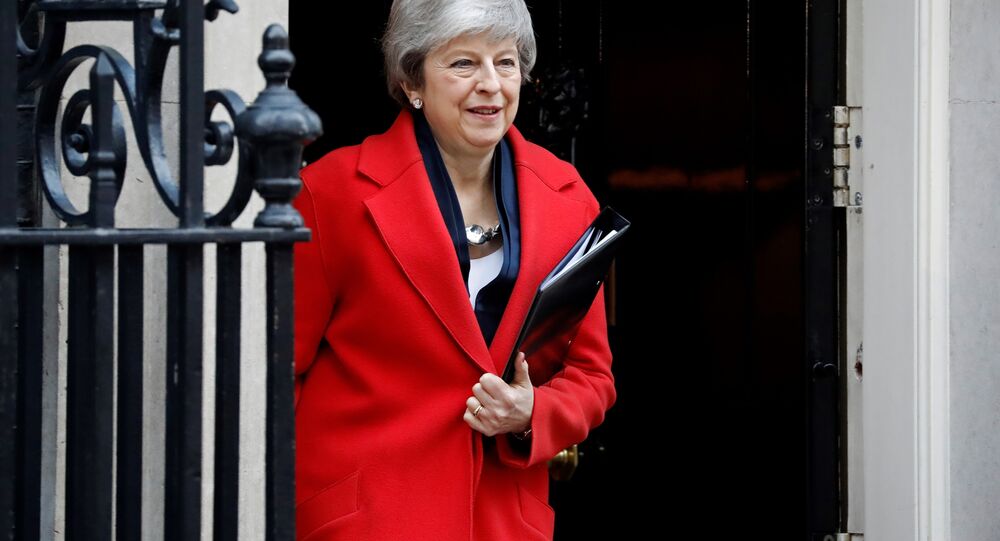 MOSCOW (Sputnik) - UK Prime Minister Theresa May will tell the European Union that the bloc "has to make a choice," seeking to ensure legally-binding changes to the bilateral Brexit deal with regard to the Irish backstop, media have reported, citing pre-released extracts of the prime minister's upcoming speech.

"Just as MPs will face a big choice next week, the EU has to make a choice too. We are both participants in this process. It is in the European interest for the UK to leave with a deal. We are working with them but the decisions that the EU makes over the next few days will have a big impact on the outcome of the vote," May will say on Friday, as cited by Sky News.

© CC0
UK May Scrap 80-90% of Import Duties in Case of No-Deal Brexit - Reports
In January, UK lawmakers rejected the existing version of the UK-EU Brexit deal, citing fears that the United Kingdom might remain in a permanent customs union with the bloc should the backstop policy, aimed at preventing a hard border on the island of Ireland, remain in its current form.

However, EU officials have repeatedly said that the Brexit deal is not subject to renegotiation.

May has promised to hold another parliamentary vote on the withdrawal agreement by March 12, which will mark just over two weeks before the UK effective withdrawal from the European Union on March 29.