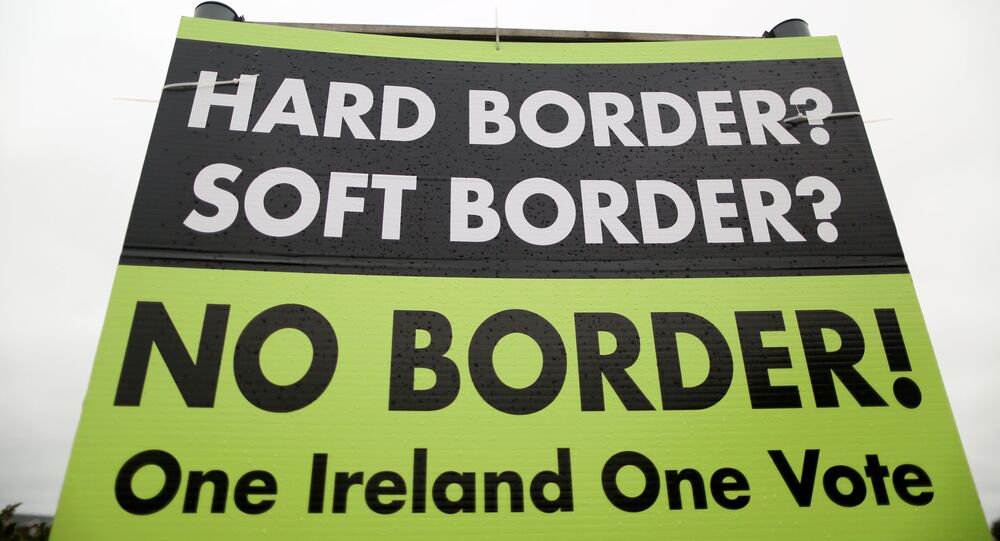 Leo Varadkar’s government will on Friday publish a large parliamentary bill incorporating 16 pieces of legislation, all designed to insulate the country from the deleterious impact of the UK 'crashing out' of the bloc.

Ireland is preparing for a no-deal Brexit, due to widespread fears the Irish economy — in particular agriculture, food processing, transport — could face severe disruption, if not outright collapse.

For instance, over 50 percent of Ireland's annual beef exports are sold in the UK, with the Irish Farmers' Association estimating WTO tariffs — imposed in the event of a no-deal Brexit — would cost Ireland's beef farmers over US$900 million (€800 million) annually, and a system favouring cheaper imports from countries such as Brazil could end Irish beef exports to the UK altogether.

© REUTERS / Clodagh Kilcoyne
Tony Blair Warns No Deal Brexit Would Be 'Very Dangerous' for N Ireland's Peace Process
For its part, Whitehall seemingly hopes to use the threat of no-deal damage to other EU member states as a bargaining chip in discussions with Brussels. Putting such pressure on Ireland could resolve the long-running Irish backstop issue, compelling Dublin to soften its stance, and allowing the EU to upgrade the terms of the UK's Brexit deal in London's favour.

"The British plan…[chillingly] echoes tactics used against the government of Eamon de Valera during the Anglo-Irish trade war of the 1930s…which saw 20 percent tax duties on some imports including cattle," the Irish Independent stated.

Deputy prime minister Simon Coveney told Irish media 21 February the European Commission had assured the government it recognized the "vulnerability" of the emerald isle's beef industry should a trade war erupt with Britain, and would "support and protect" the sector as a result.