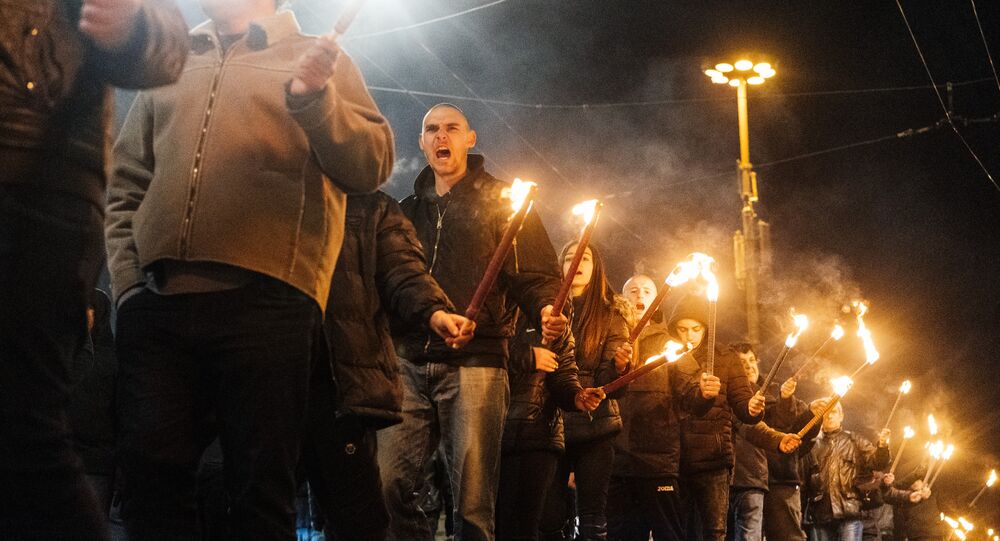 This was the 16th time that right-wing groups in Bulgaria held the controversial annual march dedicated to Hristo Nikolov Lukov, a minister of war and leader of the Union of Bulgarian National Legions (UBNL), which supported Nazi Germany during World War II.

According to numerous media reports, about 2,000 activists marched through the streets of Sofia on Saturday in a column, holding flags, torches and placards while praising the politician.

Previously, the mayor of the Bulgarian capital, Yordanka Fandakova, formally prohibited holding the event. However, the activists were permitted to lay flowers at a memorial to the Bulgarian general, who was killed by anti-fascist partisans in 1943.

Neo-Nazis march in Sofia, Bulgaria. There is a counter-rally too. Both use German slogans. Gemeinsam für Europa (gegen Nazis). pic.twitter.com/HPnbQShJmw

At the same time, the World Jewish Congress and other Jewish groups condemned the march, calling for it to be suspended.