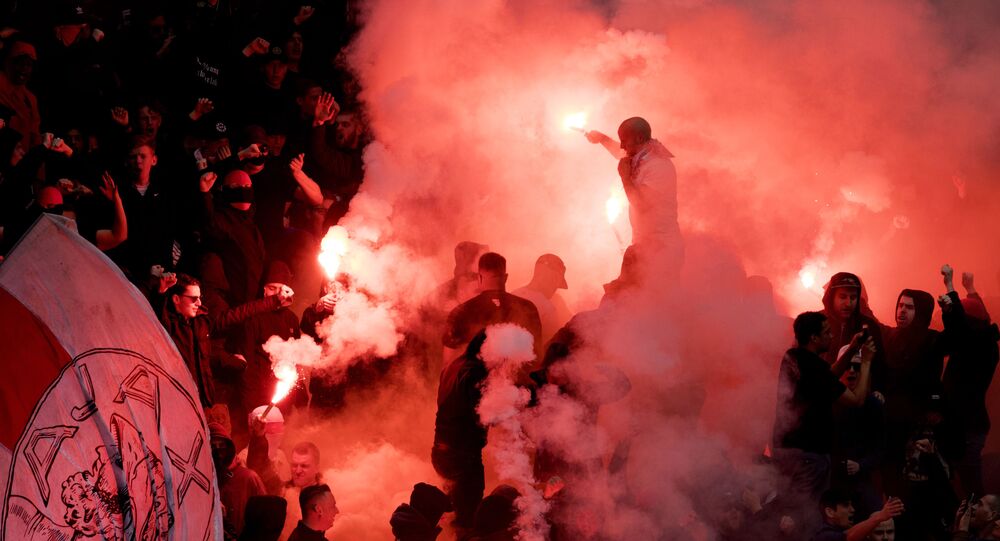 The alleged incident took place near the De Kuip Stadium in Rotterdam, the Netherlands, on International Holocaust Remembrance Day, on 27 January.

Dutch police arrested five football fans for purportedly chanting anti-Semitic slogans upon the arrival of players from Amsterdam's Ajax Club to the De Kuip Stadium in the city of Rotterdam, according to the Centre for Information and Documentation on Israel (CIDI), a Dutch watchdog on anti-Semitism.

The suspects are alleged to have been rooting for Rotterdam's Feyenoord against Ajax, which is seen as a historically Jewish team, during the game on 27 January, which marks International Holocaust Remembrance Day. The police immediately stopped the chant and detained them, later being fined $570 each.

The fans reportedly sang the infamous song: "My father was in the commandos, my mother was in the SS, together they burned Jews 'cause Jews burn the best".

CIDI called it a "recurring problem": the first media reports about this specific chant, which is used both in the Netherlands and Belgium, came through in 2015. In December 2018, Belgian media released a video, filmed on 26 August, which showed multiple Brugge FC fans cheering on the victory of the team singing the same offensive song in Flemish.