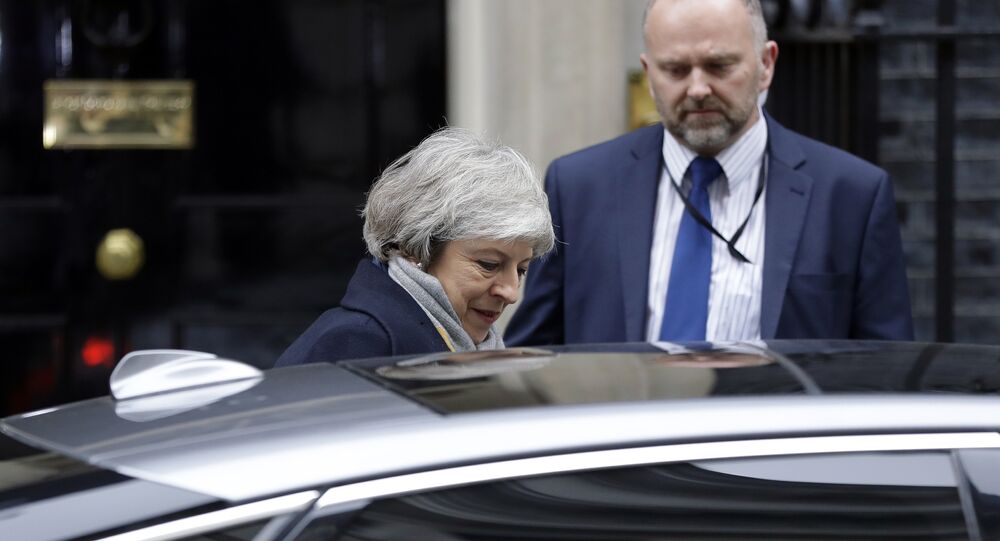 British Prime Minister Theresa May will leave for Northern Ireland on Tuesday, where she will give a speech devoted to Brexit, the official PM spokesperson said.

"The Prime Minister will visit Northern Ireland tomorrow, where she will deliver a speech in which she will confirm the government's intention to avoid establishing a full-fledged border in the region," the spokesperson said.

Answering questions, the representative of the prime minister denied media reports that May is considering the possibility of holding early parliamentary elections.

© REUTERS / Clodagh Kilcoyne
Ireland Wants Clarity From UK on Brexit – Finance Ministry
Last week, British parliamentarians expressed their position on a number of issues related to Brexit, giving May a clear programme for the next round of talks with the EU. The deputies confirmed that in their current form, they do not support the agreement with the EU, oppose withdrawal from the European Union without an agreement, and want to change the conditions for Northern Ireland. At the same time, however, they relayed that they are not ready to take responsibility for the development of these conditions.

May is due to report back to parliament on her negotiations with the EU on 13 February.

The backstop solution, which aims to avoid a hard border between Northern Ireland and the Republic of Ireland, has been a source of concern for many UK lawmakers, as it may lead to customs checks within the United Kingdom.