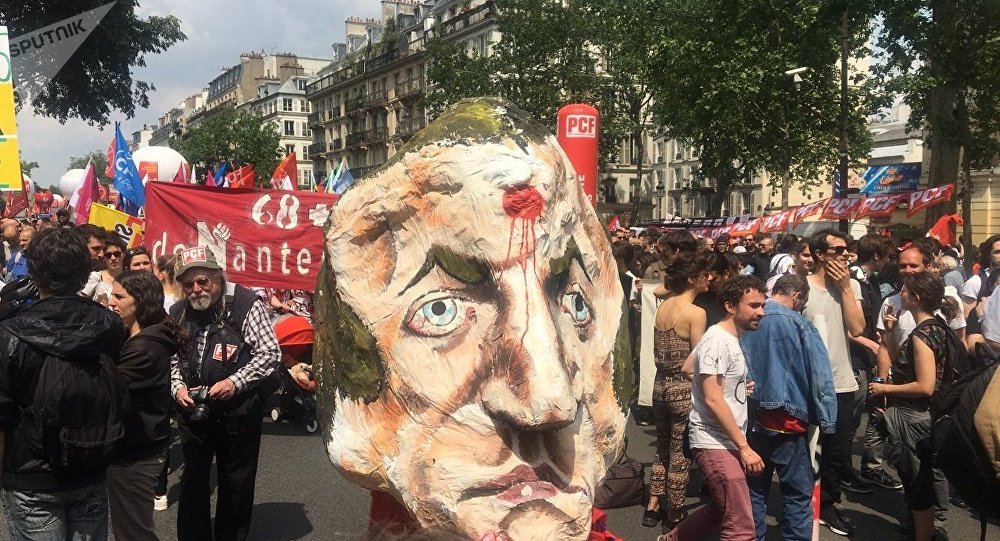 Teachers and Students Protest Against Educational Reforms in Paris (VIDEO)

French Prime Minister Edouard Philippe announced in late November that France would raise university fees for students coming from outside the European Union.

Teachers and students take to the streets of the French capital again marching against planned educational reforms by the government of French President Emmanuel Macron.

In December, French students have already gathered in Paris to rally against higher university fees for non-EU citizens coming to study in France.

According to new rules, non-EU citizens will have to pay 2,770 euros ($3,150) for Bachelor's programmes per year starting from September 2019, while Master's and Doctorate programmes will be as expensive as 3,700 euros — which is almost a 1,500 percent increase compared to current fees.

The French Presiden announced new reforms in April 2018, including implementing a change to the Baccalaureate Examination, an exam that allows students to be eligible to enter University.