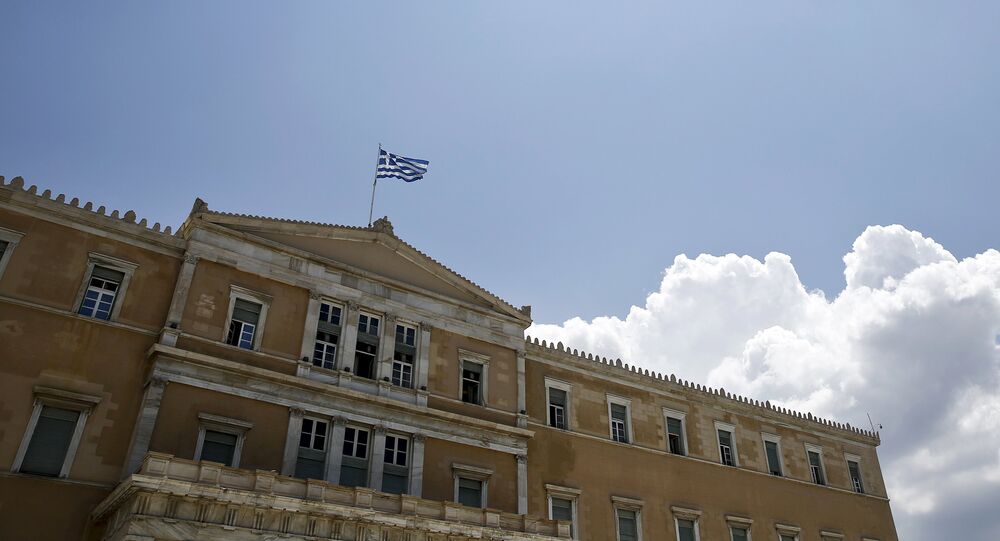 ATHENS (Sputnik) - The Greek Foreign Ministry on Monday criticized the Russian Foreign Ministry over comments on the adoption of amendments to the Macedonian constitution on the country's name change as “incompatible” with the level of friendship between the two countries, and described them as interference in internal affairs.

The Russian Foreign Ministry earlier called the adoption of the amendments a continuation of the artificial name change process imposed from the outside in order to force Skopje to join NATO, which violates the Macedonian legislation, while ignoring the position of the president and the opinion of the majority of the population rejecting the Prespes accord.

"The comments on the political development of internal events in friendly countries on the part of the Russian Foreign Ministry does not correspond to the level that characterizes relations between Greece and Russia, and the old bonds of friendship between our peoples," the Greek ministry said in a statement.

© AP Photo / Boris Grdanoski
Macedonia to Become NATO Member Soon, Then Join EU - Prime Minister
"We are confident that Russia, which for years recognized FYROM as the Republic of Macedonia will respect the sensitivity of the Greek people to the use of the name Macedonia, and will from now on call this country by its new constitutional name, that is Northern Macedonia, and, most importantly, will refrain from making similar statements that interfere in the internal affairs of Greece," the statement said.

The Macedonian parliament on Friday approved a constitutional amendment to rename the country after almost three decades of dispute with Greece. The Greek legislature is expected to ratify the deal on the name change, lifting the veto on Macedonian entry to the European Union and NATO.

© REUTERS / Marko Djurica
Observers Explain Three Reasons Behind NATO's Push for Macedonia Admission
Inside Macedonia the issue has generated controversy, with September's referendum failing to garner a sufficient turnout and in Friday's parliamentary vote 81 out of 120 members of the parliament supported the amendments, with the opposition VMRO-DPMNE party calling for snap election and saying that the constitutional amendments had been approved in a criminal and illegitimate way with the use of pressure, blackmailing and threats.

Russia has been repeatedly accused of meddling in the issue and attempts to prevent settlement of the naming issue. In July, Athens decided to expel two Russian diplomats and ban two more from entering the country over alleged illegal actions that threatened the country's national security, particularly, settlement of the dispute with Macedonia. Moscow has refuted the accusations calling them absurd.