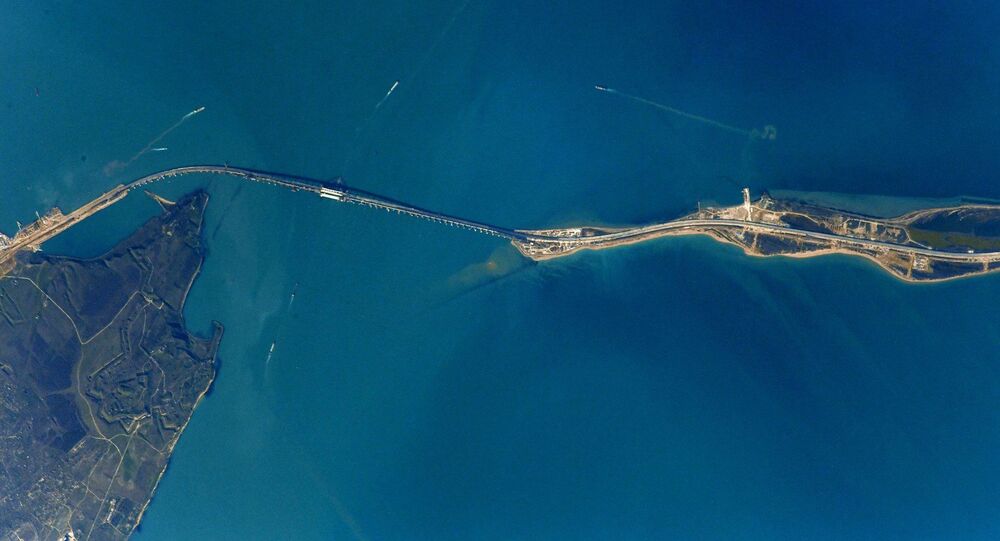 KIEV (Sputnik) - The Ukrainian Navy will take international observers onboard during passage through the Kerch Strait, Yury Biryukov, an adviser to the Ukrainian president and the Ukrainian defense minister, said on Wednesday.

"Everything is pretty simple here. According to the international agreements, laws, treaties, Ukrainian warships have the right to freely pass from the Black Sea to the Sea of Azov and vice versa. End of story. Yes, we will continue to do it, regardless of whether Russians like it or not. We will continue to do this. Next time, we will take international observers with us," Biryukov said, as quoted by the 5 Kanal broadcaster.

© AP Photo / Sergei Chuzavkov
Poroshenko Terminates Ukraine's Martial Law Imposed Over Kerch Strait Incident
On November 25, three ships of the Ukrainian Navy — Berdyansk, Nikopol, and Yany Kapu — crossed the Russian border, entered Russian territorial waters that were temporarily closed, and began moving toward the Kerch Strait, which serves as the entrance into the Sea of Azov. The Ukrainian vessels and their crew were detained by Russia after failing to respond to a lawful demand to stop.

In December, Ukrainian National Security and Defense Council Secretary Oleksandr Turchynov said Kiev planned to carry out a new passage of Ukrainian ships through the Kerch Strait. Moscow slammed Kiev’s plans as irresponsible, saying that they were designed to aggravate the situation.