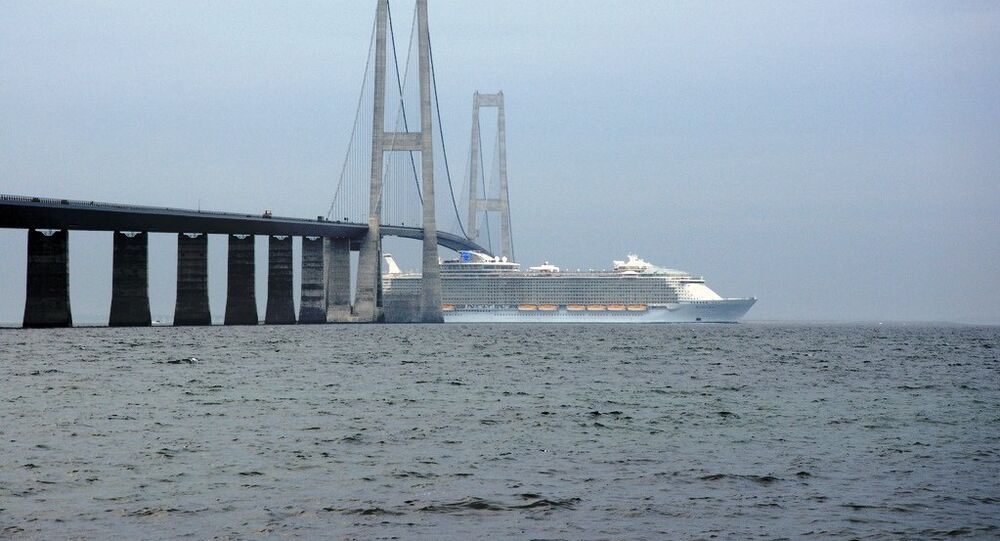 According to Danish media, the bridge that connects the Great Belt strait between the islands of Zealand and Funen was closed on Wednesday after a crash involving a train.

Danish Broadcasting Corporation (DR) reported, citing Danish railway company DSB, that the incident occurred at 7:30 a.m. local time on the Great Belt Bridge. According to the report, a section of a freight train's roof came off and hit a passing passenger train, prompting it to stop.

Danish Police said that the accident had left six people killed and another 16 injured. Initially, DR reported that eight people on board the train had sustained minor injuries.

TWEET: "At the moment, six people are dead and 16 injured after the accident on the Great Belt Bridge."

A total of 131 passengers were on board the train, DR added.

TWEET: "At this stage, we cannot provide details on the cause of the accident or the condition of the passengers. Avoid speculation, guesswork and rumours. We [will] inform as soon as we have the opportunity [for it]."

The photos and a video of the incident have emerged on Twitter.