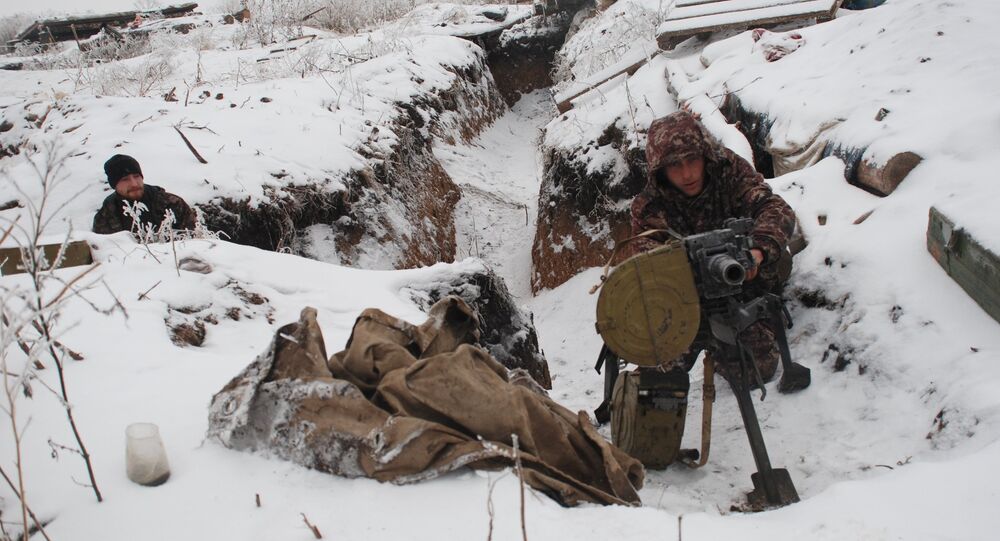 MOSCOW (Sputnik) - Claims about Ukrainian army taking control over the neutral zone along the separation line in the Donbass sound like blatant provocation aimed at disrupting the peace process in conflict-hit eastern Ukraine, the Russian Foreign Ministry said on Saturday.

"It is well known that the dangerous approach of the Ukrainian armed forces to the militia positions — and that is exactly what happens as a result of the seizure of the neutral zone by the Ukrainians — significantly increases the risk of direct military clashes… This looks like a blatant provocation aimed at disrupting the peace process," the ministry said in a commentary.

Meanwhile, the authorities of the self-proclaimed Donetsk People’s Republic in Donbas later refuted Kiev’s claims about occupying the neutral zone, and called them "an attempt to provoke a conflict."

The Russian Foreign Ministry pointed out that the Organization for Security and Co-operation in Europe's (OSCE) Special Monitoring Mission, which is operating in Donbas, must assess the Ukrainian troops' activities after Kiev's claims.

"We expect the OSCE Special Monitoring Mission in Ukraine to give a principal assessment of the Ukrainian activities. That will contribute to the prevention of possible escalation of the conflict, maintenance of the ceasefire as well as the implementation of the relevant provisions of the Minsk agreements," the ministry noted.

The conflict in Donbass started in 2014 when the Ukrainian authorities launched a military operation against the self-proclaimed people's republics of Donetsk and Luhansk, which had refused to recognize the new government in Kiev that came to power after what they considered to be a coup.

In February 2015, the warring parties signed the Minsk peace accords to end the fighting in the region, but the situation has remained tense, with both parties accusing each other of ceasefire violations.