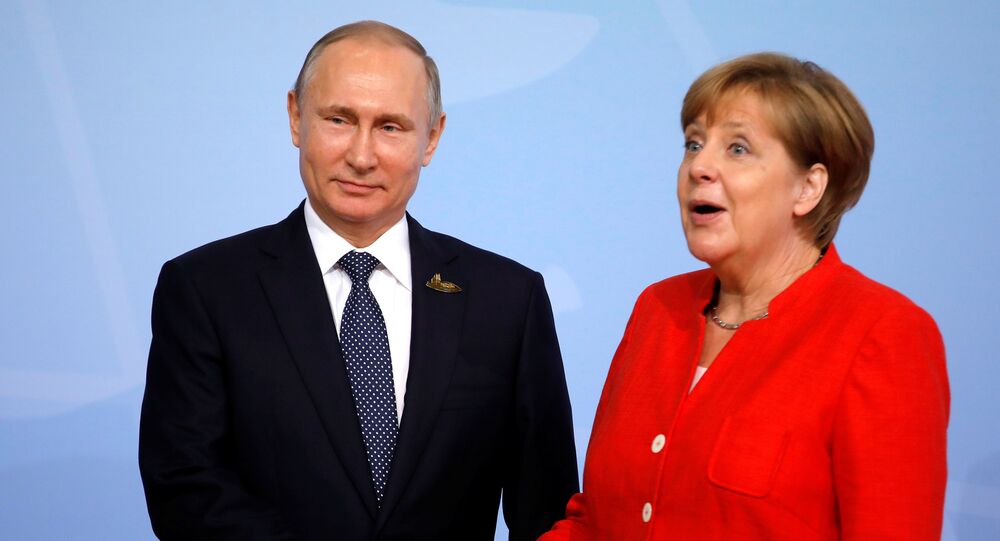 MOSCOW (Sputnik) - Russian President Vladimir Putin and German Chancellor Angela Merkel discussed in phone talks on Friday the US plans to withdraw its troops from Syria, as well as the situation around the Ukrainian provocation in the Kerch Strait, the Kremlin press service said.

"The topic of the Syrian conflict was discussed thoroughly with the focus on the implementation of the decisions of the quadrilateral [Russia — Turkey — Germany — France] summit held in Istanbul on October 27 of this year… The US plans to withdraw its troops from Syria were also discussed," the press service said in a statement.

On Wednesday, the White House announced that the United States began the pullout of its forces from Syria, but stressed that it did not mean the end of the US-led international coalition's fight against the Daesh* terror group.

"The leaders also continued the exchange of views on the situation around the Ukrainian provocation in the Kerch Strait on November 25," the statement said.

On November 25, three ships of the Ukrainian Navy breached the Russian border, entered Russian territorial waters that were temporarily closed, and began moving toward the Kerch Strait, which serves as an entrance into the Sea of Azov. The Ukrainian vessels and their crew were detained by Russia after failing to respond to a lawful demand to stop.

*Daesh (aka Islamic state, ISIL, IS) is a terrorist group banned in Russia and many other countries

Syrian MP: Withdrawal of US Forces is Victory for Syria and its Allies