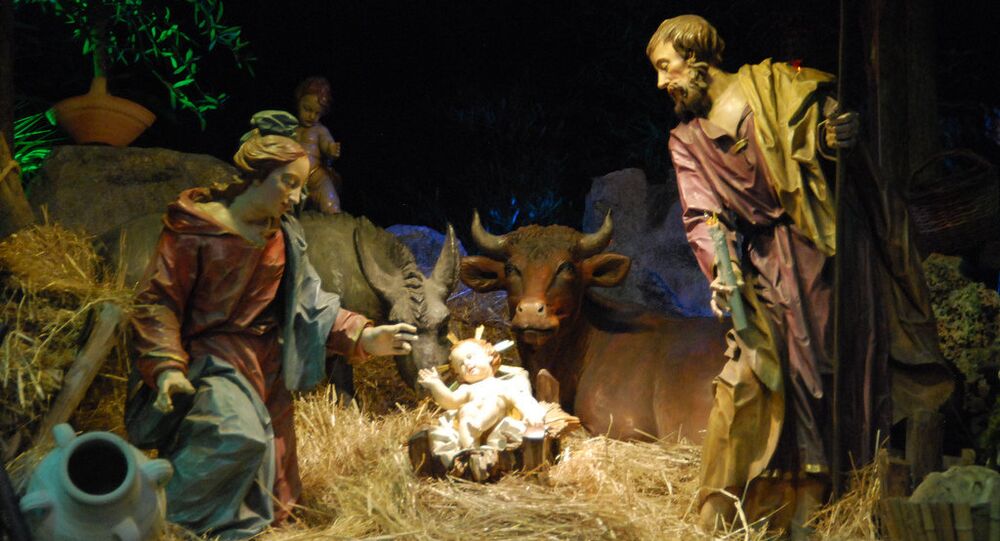 Tinkering with the words of a traditional Christmas text sung by congregations in a vast majority of UK churches, has been blasted as improper, as it may mislead those who have gaps in their knowledge of the Bible.

The hit Christmas carol “Hark! The Herald Angels Sing” has been altered to remove reference to Mary’s virginity. In particular, the line “offspring of a virgin's womb” has now been replaced with “offspring of the favoured one” in the carol, traditionally performed across Britain during the Christmas season and telling the story of the birth of Jesus to his mother Mary.

The new wording of Charles Wesley’s Christmas hymn appeared to hit a raw nerve with some clergymen, who argued the updated line could be misleading for those who are less familiar with the historic Biblical text and basic Christian postulates.

The Daily Telegraph cited Revd Marcus Walker, rector of Great St Bartholomew in the City of London, as saying that although the change in the line is not heretical, it “plays down the Virgin Birth”, which corresponds to “playing down the reality of Christ's birth, and Mary's femininity-that he came out of a womb; this was a real birth from a real woman”. The bishop of Crediton, Bishop Jacqueline Searle echoed the thought, noting the original version of the text is “part of our creed”. She underscored the importance of not being “squeamish about singing about a virgin’s womb” as the idea behind is that of almighty God.

“It reflects nothing being impossible with God”, she said, adding:

“Just because something sounds difficult or new doesn’t mean it needs to be changed”.

Julian Henderson, The Bishop of Blackburn, shared the stance citing Wesley’s original as “an essential part of the Christmas story”.

It is notably not the first time that iconic Christmas tunes have been updated for political or social reasons. The texts of some carols have been, for instance, modified to use “inclusive language” rather than words such as “sons” or “men”.

READ MORE: Mary Poppins Would Be Jealous: Umbrella Drone Floats Through the Sky

In a parallel move, the festive classic “Baby It’s Cold Outside” has been removed from the repertoire of many radio stations and television channels altogether on the grounds of a so-called “rapey” air around it.

Falling For Tchaikovsky: Hilarious Mishaps During Christmas' Most Beloved Ballet