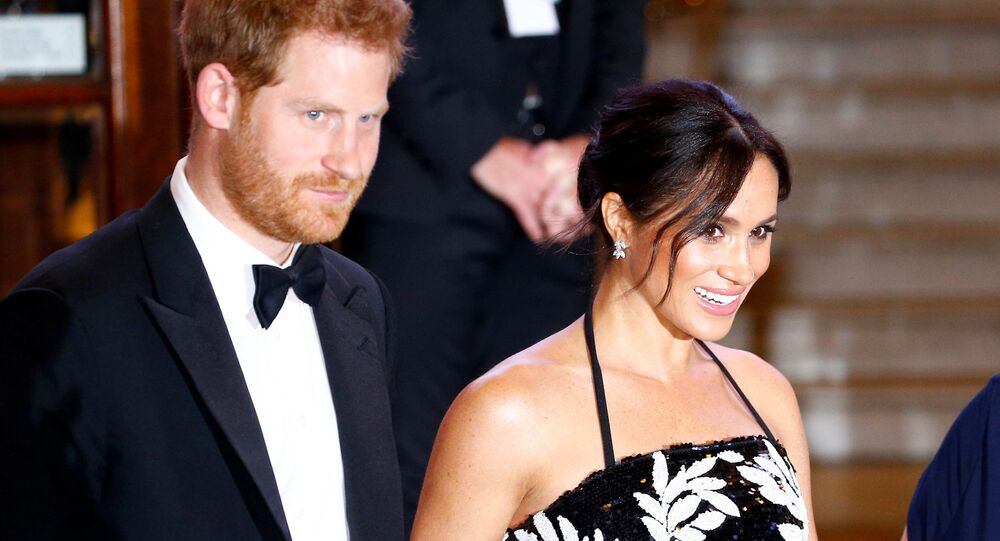 The royal newbie, Meghan Markle, has been increasingly compared to her one year younger sister-in-law Kate, even more so, when reports of a royal rift started emerging. Meanwhile, the royals’ choice of outfit for a landmark Christmas occasion seems to be a truly noteworthy criterion.

A number of media outlets have estimated the approximate price of the royal ladies’, namely the newly-minted Duchess of Sussex’s and Duchess of Cambridge’s outfits, as they attended the Queen’s annual pre-Christmas lunch in Buckingham Palace in the company of their husbands.

Yesterday Meghan Markle allegedly reused her ERDEM dress worn in January 2016. I wonder how did she manage to put it on her baby bump? 🤔#MeghanMarkle #MeghanAndHarry #DuchessMeghan #DuchessOfSussex pic.twitter.com/T4AHr3KxZV

Meghan Markle was glowing as she donned an outfit worth a staggering £140,000, according to reports, with the lion’s share of it, roughly £139,000, accounting for a diamond and white gold Reflection de Cartier bracelet.

The Erdem dress, spotted on Markle by her eagle-eyed fans and worth over £1,000, was actually re-worn for the upscale occasion after she first appeared donning the floral long-sleeved dress during a January 2016 winter fashion segment  on Today. On top of that, she is reported to have paired the dress with a Gillian Anderson soft wool swing coat, which retails for £395, and a pair of heels by her favourite shoe brand Aquazurra worth around £500.

Another image of Duchess #MeghanMarkle and Prince Harry arriving for the Queen’s Christmas lunch (Pic via Harry Meghan Daily) pic.twitter.com/xznz4Mc4K7

Meanwhile, the outfit picked by her sister-in-law, Kate Middleton, cost a more modest £305, according to The Sun. She was first spotted wearing the pink dress by Stella McCartney back in 2011, which makes it no less than seven years old.

Reports have recently arrived over the Duke and Duchess of Sussex’s plans to move away from Kensington, where they reside side by side with Prince William’s family to Frogmore in the London suburbs, thereby feeding existing rumours and spearheading fresh ones of a row among the “Fab Four.”

The alleged divisions are thought to have been ignited before Meghan and Harry’s big day during a dress fitting for Princess Charlotte, when Meghan’s demanding nature brought Kate Middleton to the verge of tears.

Additionally, a cited source, said to be a close friend of the Royal family, believes the distance would do the two couples only good. “Like Meghan and Kate, Harry and William have different roles. But the brothers will always come together because they are Diana’s sons”, the source was quoted as saying.