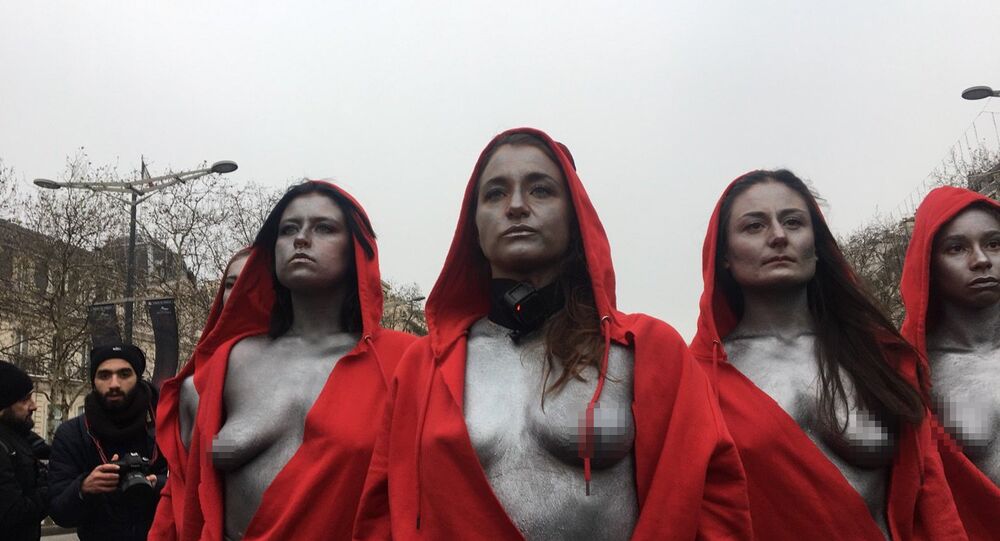 Thousands of French protesters took to the streets in the fifth weekend of Yellow Vest demonstrations against Emmanuel Macron’s government, with 70,000 police officers being deployed ahead of the protests.

With their bodies and faces covered with bronze paint, they dressed as red-hooded “Marianne”, a national symbol of the French Republic that embodies such values as liberty and reason to face off French policemen.

Le Parisien newspaper noted that after the rally, the women disappeared.

Some media speculated that the women were activists from the Femen group, but a French journalist denied the claim, saying that Franceinfo had contacted the founder of the movement, Inna Shevchenko, who assured them that the protesters were not a Femen campaign. The journalist also added that it was a performance by artist Deborah de Robertis, who first came to media attention when she exposed her genitals at the Musée d’Orsay in 2014.

Franceinfo reported that the information had been confirmed by the entourage of the Luxembourg artist.

The Yellow Vest protests – named after the reflective yellow vests that all French drivers are obliged to keep in their cars, have been ongoing nationwide since mid-November. Initially, the demonstrators took to the streets to protest fuel tax hikes, with rallies quickly turning violent. French authorities have called off plans to increase taxes, but the protests have since evolved into a broader movement against government policies.