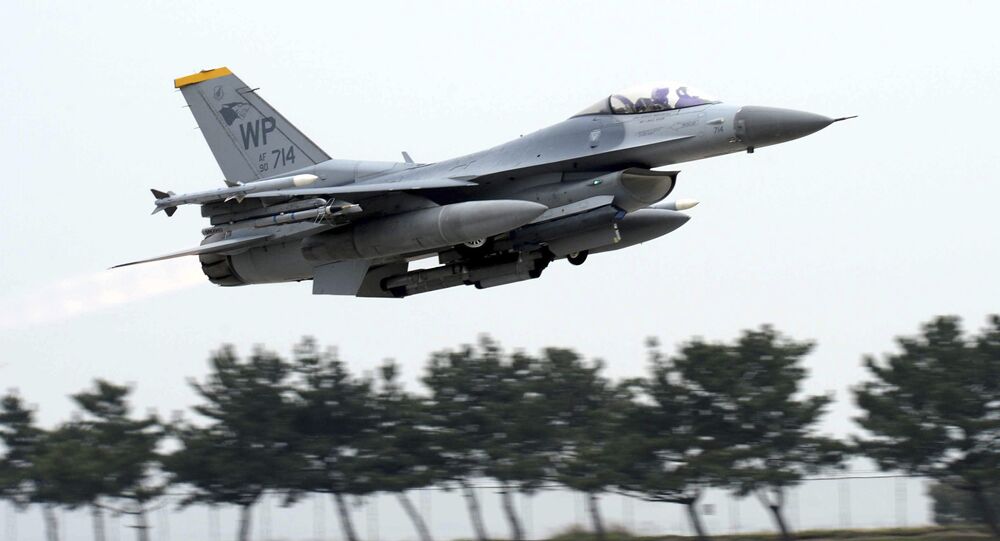 In June 2018 Bulgarian Parliament approved a plan to spend around $2 billion on its Air Force modernization. It planned to purchase 16 fighter jets to replace its existing air fleet of MiG-29s.

"A new F-16 is a much better aircraft than all the others available," Bulgarian Prime Minister Boiko Borissov said on December 14.

© AFP 2021 / Chiang Ying-ying
Upgraded F-16 Vipers Delivered to Taiwan For The First Time
Talking on the sidelines of an EU Summit in Sofia, Bulgarian PM expressed his concerns over "better terms" he expects would be provided by Lockheed Martin in a potential F-16 Jets deal.

"I want our aviation to have the best aircraft, because the situation in the region is complicated. We need a fighter jet that go into a military situation and prevail,” Borissov added.

For now the Defense Ministry of Bulgaria is considering offers from the US for Lockheed Martin F-16s and Boeing F-18s, Gripen jets from Sweden and Eurofighters from Italy, according to the Sofia Global.

Earlier, Jim Robinson, the International Business Development Manager for F-16 in Lockheed Martin, said that the Lockheed Martin and the US government will reduce the cost and delivery time of its F-16 jets.

The air fleet modernization is a part of a Bulgarian two-stage plan of improving Bulgaria's compliance with NATO standards, according to Reuters.