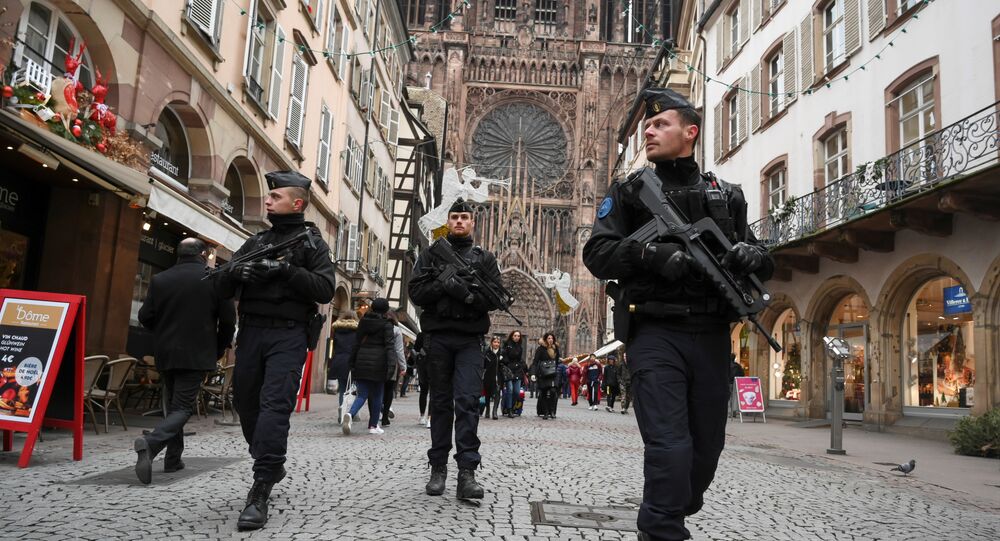 French broadcaster BFM TV played Bob Marley’s song “I Shot the Sheriff” during a panel discussion of the death of Cherif Chekatt, the gunman who opened fire at the Christmas Market in Strasbourg this week.

BFM TV apologised on Friday for broadcasting Bob Marley’s 1973 song “I Shot the Sheriff” during a special programme on the death of the Strasbourg shooter, Cherif Chekatt – the lyrics of the track played on the gunman’s name.

“The technical team in charge of the sound admitted to being behind this serious incident and pleaded a ‘handling error’. An investigation is underway and hopefully will get to the bottom. We apologise to our viewers for this incident obviously beyond our control”, the broadcaster explained.

On Thursday, French Interior Minister Christophe Castaner confirmed that Chekatt had been neutralised during the police operation in the Neudorf district. The suspect went on a shooting spree near Strasbourg’s Christmas market on 11 December, killing three people and injuring 12 others.

“During the apprehension, [the suspect] scuffled with police… The law enforcement officers have immediately responded and neutralised the aggressor. I have informed the president of the Republic and the prime minister [about the developments”, Castaner said.

© AFP 2021 / Sébastien BOZON
Daesh Claim of Strasbourg Attack 'Completely Opportunistic' - French Minister
The minister cast doubt on claims by Daesh* that Chekatt was their “soldier”, describing them as “completely opportunistic,” and added that the investigation was still underway.

Following the shooting attack, Castaner announced that hundreds of law enforcement officers had been mobilised to track the perpetrator down.

He also elaborated that Chekatt was known to security services and served two prison terms in France and Germany, where he was “flagged” for violent behaviour by French intelligence agencies.