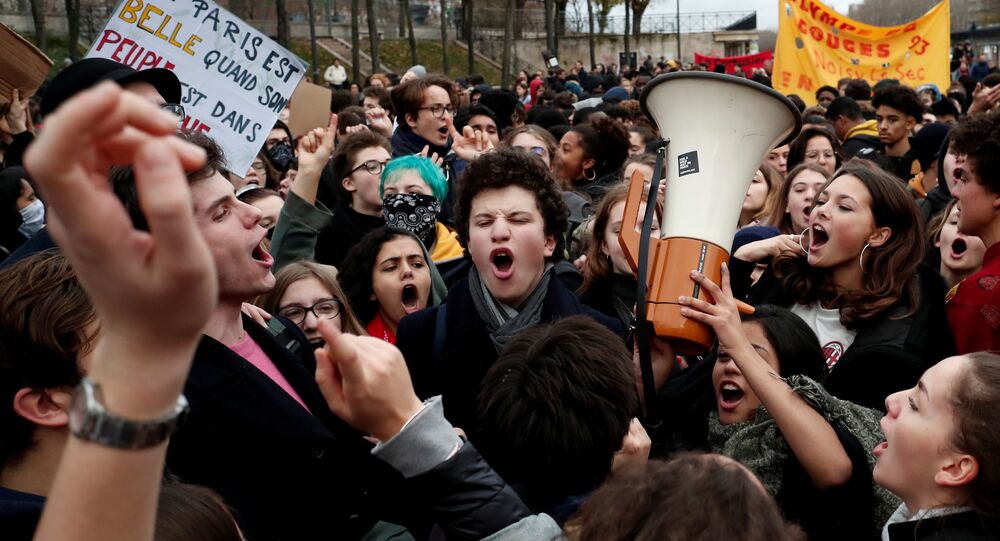 French Economy and Finance Minister Bruno Le Maire on 3 December spoke in favour of raising wages, accelerating cuts in public spending, and taxes in France in the wake of violent "yellow vests" protests.

French unions are marching demanding an increase in wages, pensions, and against cuts to social protection in Paris. The rally kicked off at about 1 p.m. local time on Friday (12:00 GMT) at the Place de la Republique and, people are moving toward the Place de la Nation. A group of students is chanting slogans against the policy of French President Emmanuel Macron.

The rally is taking place amid violent protests by the "yellow vests", which have been raging for weeks. The demonstrations have been marked by violent clashes with police officers, who have used tear gas and rubber bullets against the protesters.

CGT head Philippe Martinez is also taking part in the rally. He told journalists that the measures, which were recently announced by Macron in response to the parallel "yellow vest" protests, were insufficient.

"It is necessary to increase the minimum wage, to pay attention to sinking purchasing power. It is necessary to raise wages in the public sector", Martinez noted, adding that the trade unions were seeking negotiations with the French authorities.

The "yellow vests" rallies were triggered by rising fuel prices and a planned hike in taxes on diesel and carbon fuels.