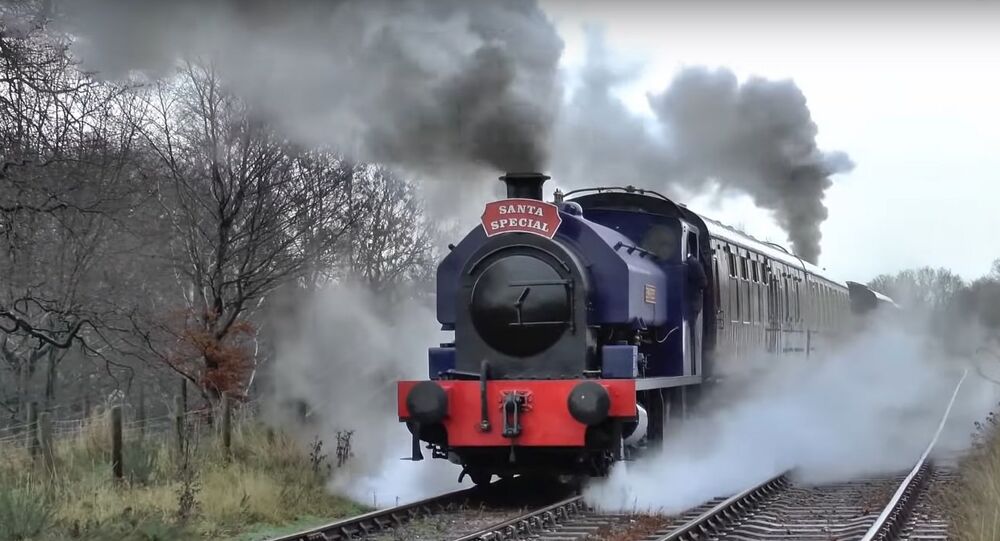 The incident apparently occurred due to several hunting dogs accidentally running right into the path of the oncoming train, despite the fact that “the hunt does not have permission to be on Llangollen Railway property at any time.”

A group of children travelling aboard a Christmas-themed steam train operated by the Llangollen Railway were left "traumatised" after the steam engine hit several dogs which accidentally strayed onto the tracks, Wales Online reports.

© AP Photo / Matt Houston
WATCH US Students Sing KKK-Style 'Jingle Bells' Rendition
According to the media outlet, the Santa Special train was returning from Carrog where the children were "meeting Santa" when the disaster struck.

"The train stopped suddenly, and anyone who had not originally seen it was looking out the window to see animals yelping. There were loads of little children. We were quite far at the back but knew what was going on. My children had seen it. There were children sobbing everywhere. The atmosphere just completely changed," said Charlene Jones who had been on the train with her husband and their two kids.

As Llangollen Railway business manager Liz McGuinness explained, the incident apparently occurred because "members of the local hunt were somewhere in the vicinity of the line when at least one of the hounds ended up running up the tracks towards the oncoming train."

"No-one aboard the train, either on the footplate or in the passenger coaches, were hurt but the driver and crew were obviously badly shaken by this highly regrettable incident… I sincerely apologise to everyone on the Santa Special for what should have been an enjoyable afternoon ending in this way," McGuinness said, pointing out that "the hunt does not have permission to be on Llangollen Railway property at any time."