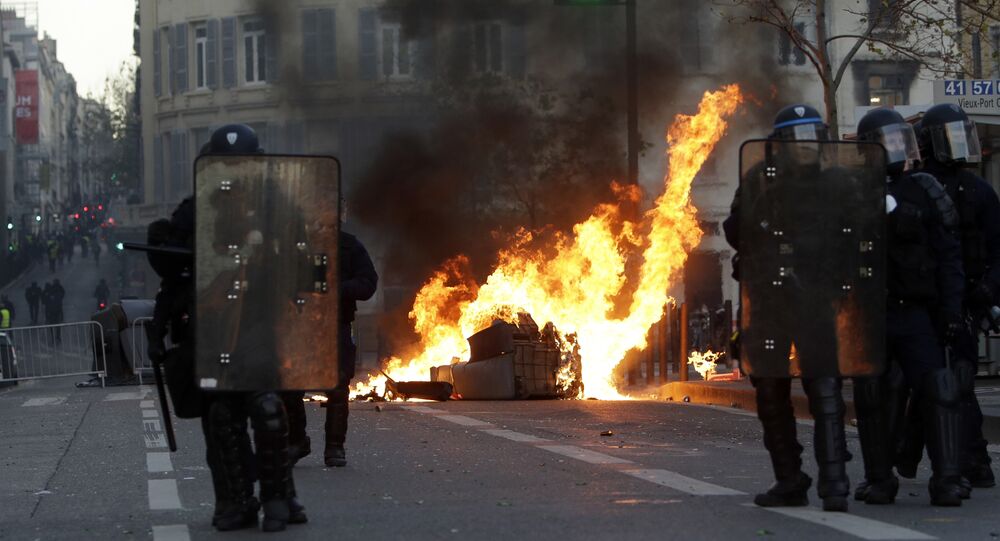 American actress and model Uma Thurman, Pulp Fiction and Kill Bill star, has provided her own coverage of the ongoing anti-government protests in France.

The 48-year-old Thurman has shared a photo of herself standing in a crowded Paris square in front of Saint-Augustin Church, surrounded by people wearing reflective yellow jackets — the symbol of the ongoing protests in France.

That Uma Thurman is au fait with what is happening in France has prompted a myriad of enthusiastic comments from Parisians and her fans alike.

"Beauty amongst chaos", a user said.

"Call police, cops, army, and special forces! Protesters are armed with a weapon of mass seduction", an exalted fan added.

However, the actress was also accused of attention-seeking. "Some stars would do anything to be seen", wrote esuraldagottwald.

"This is the funniest picture ever", a user with the nickname minoucheeta said. "What do you know about all that sh*t? What do you expect?"

"Go back in [sic] your country because you have a lot of problems go back", said a man who identifies himself as stefanomilano1962.

Protests against the fuel tax hike proposed by President Emmanuel Macron have entered their fourth week. The demonstrations, numbering in the tens of thousands, have been marred by clashes with police, violence, and cases of looting.

According to French Interior Minister Christophe Castaner, nearly 125,000 demonstrators swarmed the streets nationwide on Saturday, including 10,000 in Paris alone. The initial goal of the protests was to force Macron to abandon his controversial proposal, which would lead to an increase in diesel and gasoline prices. Although the president eventually scrapped his plans over fears of new violence, his gesture failed to calm down the protesters, the most radical of whom are calling for his resignation.