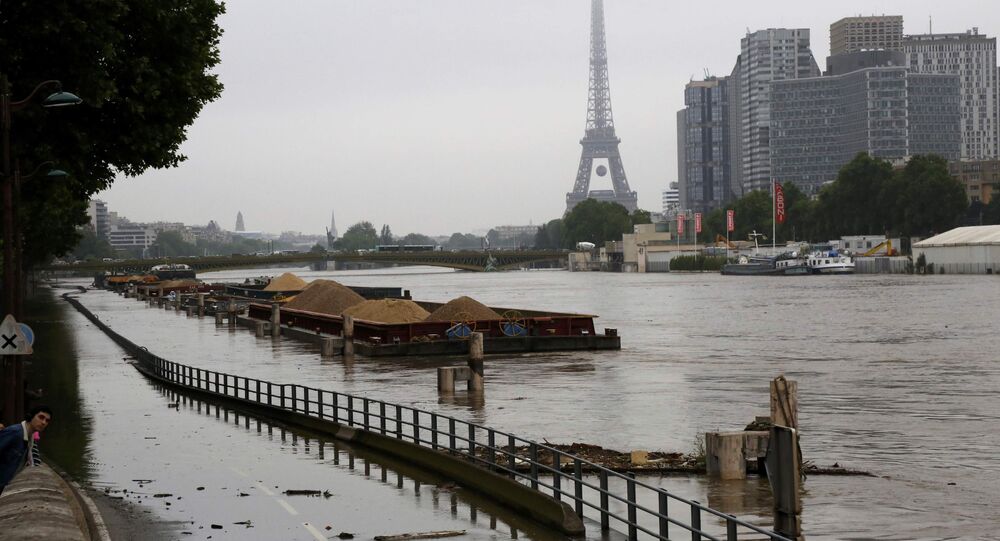 The Israeli government discussed Sunday its readiness to accept a new wave of immigrants amid an increase of antisemitism in France, Ynet reported.

Following the outcome of a government meeting, Israeli Prime Minister Benjamin Netanyahu has ordered the creation of a national program to encourage the repatriation to Israel of Jewish refugees from France. According to local media, this blueprint program will also be introduced to an inter-governmental commission on integration.

Ynet reported that Israel's Minister of Diaspora Affairs, Naftali Bennett, has estimated that some 200,000 Jews in France could be repatriated to Israel in the near future.

© Sputnik /
Yellow Vests Revolution Drives Beyond France's Borders - Author
Europe hes reportedly seen rising levels of xenophobic populism and hate speech amid a prolonged migration crisis in the region, according to a European Commission against Racism and Intolerance (ECRI) report issued in the summer of 2018.

The ECRI warned that in some countries, there was "a trend to depict multiculturalism as a dangerous notion and to pursue a pattern that seems to negate and deny the value of human rights and their universality," cited by Ynet.

According to the ECRI, the trend could hinder social cohesion and incite acts of hostility, discrimination, hate speech or even violence.

An earlier ECRI report noted rising levels of race-related crime and a rise of hate speech in France.

The commission pointed out that the situation in the country was even more worrying, taking into account a strong tendency by victims and the press to under-report racist attacks, as well as homo- and trans-phobic crime, as loopholes undermining the effectiveness of criminal provisions covering hate crimes and "the commonplace use of political statements to stigmatize vulnerable groups" have led to trivializing racist and intolerant attitudes in the nation.