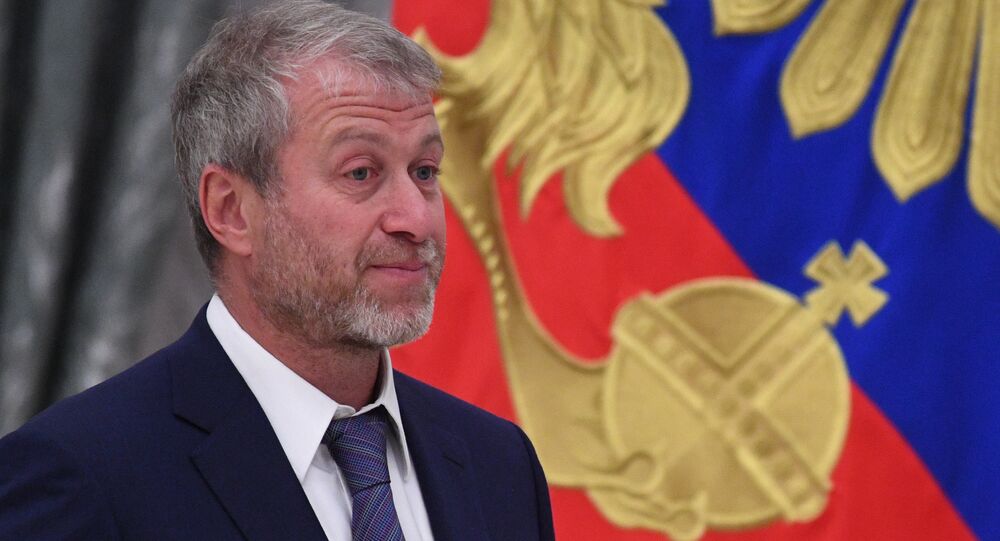 British Intel to Ratchet Up Pressure on Russian Businessmen - Reports

Britain-Russia relations have been in a downward spiral ever since early March, when former Russian intelligence officer Sergei Skripal survived a purported nerve agent attack, which the UK blamed on Moscow. The accusations were followed by an announced crackdown on Russian money in Britain, which is apparently gaining momentum.

UK intelligence services are looking to build up pressure on six powerful Russian businessmen with alleged close ties with the Kremlin, The Telegraph reported on Saturday, citing anonymous intelligence officials.

According to a source, London seeks to "limit their maneuverability and their ability  to travel and operate freely in Britain, Europe and elsewhere," with measures ranging from revoking their visas to restricting travel and even targeting their assets in the UK.

The decision to target Roman Abramovich is understood to be "the most significant." The 52-year-old billionaire businessman obtained Israeli citizenship in May after he failed to renew his UK working visa. His visa issues were largely associated with Britain-Russia souring relations in the wake of the Salisbury poisoning.

The purported plan to counter the six deep-pocketed Russians will be part of Britain's countermeasures against the March 4 Salisbury incident, in which former Russian intelligence officer Sergei Skripal and his daughter were ostensibly exposed to a nerve agent. London claimed that the toxin, called "Novichok," was produced in Russia and blamed the attempted murder on Moscow's GRU officers.

Theresa May threatened to freeze Russian assets in the country and suspend all high-level contacts with Moscow if there was evidence of Russia's involvement in the attack. A UK parliamentary committee urged the government to step up sanctions against those close to the Kremlin, as well as any responsible for human rights violations.

Russia has repeatedly denied the claims as ungrounded and offered a joint investigation into the poisoning, which Britain backed out of. However, London moved to expel 23 Russian diplomats from the country, with Moscow responding in kind.

‘We Lost Everything’: Skripal Case Police Officer in First Interview