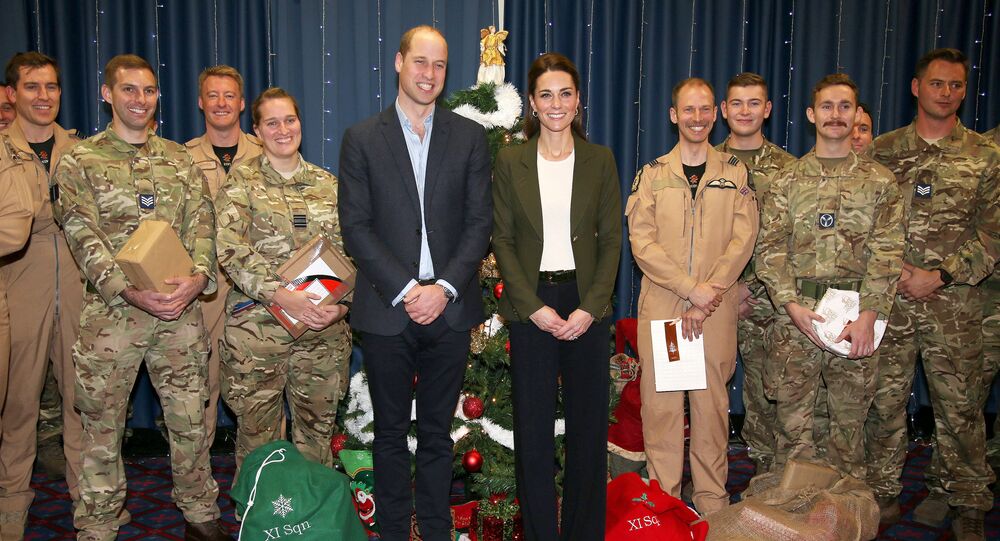 The royal couple travelled to the Cyprus military base the other day on a short-term visit to see staff and hand presents to those who will be spending Christmas away from home.

Prince William made a taunting remark about the way his wife Kate was dressed, telling an audience at an RAF military base in Cyprus, where they went on a day visit on Wednesday, that she was “camouflaged against” the Christmas tree.

Standing by her side with the decorated tree in the background, he prepared to pose for pictures, joined by the Akrotiri military personnel, and then went on to quip:

“Do you want me to move out of the photo?” suggesting that Kate pose on her own.

The Duchess of Cambridge opted for a chic ensemble for the visit, donning a £666 khaki blazer by Canadian brand Smythe, teaming it up with a pair of navy wide-legged trousers, which are considered to be part of the signature looks of Middleton’s sister-in-law Meghan.

Kate previously wore a blazer by the label, which is also one of the newly-minted royal’s favourites, during her tour of Canada back in 2016.

The royal couple appeared to be in the best possible mood, sizzling as they talked to the military base staff and delivered presents to them from their families back at home, whom they won’t reunite with for Christmas.

Proud parents William and Kate chatted about their children, with the second in line to the throne, telling pilots: “I told George this morning we were going to see the pilots today, and he said ‘If you see a helicopter can you take a picture?’”