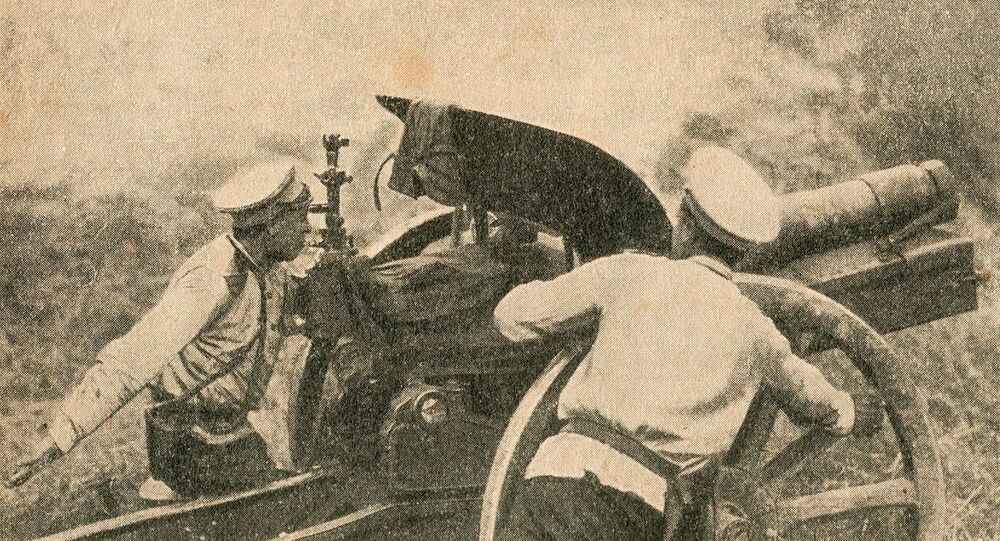 The items were recovered from where the soldiers fell, and include buttons, Orthodox crosses and munitions, leading the members of the forensics team to conclude that the deceased were Russian Imperial Army soldiers.

The remains of about 10 Russian Imperia Army soldiers, apparently killed during World War I, were discovered by a team of dedicated volunteers.

As Latvian MP Regina Ločmele-Luņova explained on her Facebook page, the find was made on December 1 by a search team known as the “Legend” in the Valgunde region of the country.

© AFP 2021 / Adrian Dennis
40,000 Bodies Found Right Next to Busy London Train Station
She also added that based on the items recovered, along with the soldiers’ remains, such as munitions, buttons and Orthodox crosses, the team concluded that the deceased were all members of the Russian Imperial Army.

Earlier in April, Legend also discovered the remains of some 145 Soviet soldiers slain during World War II in the vicinity of Saldus.