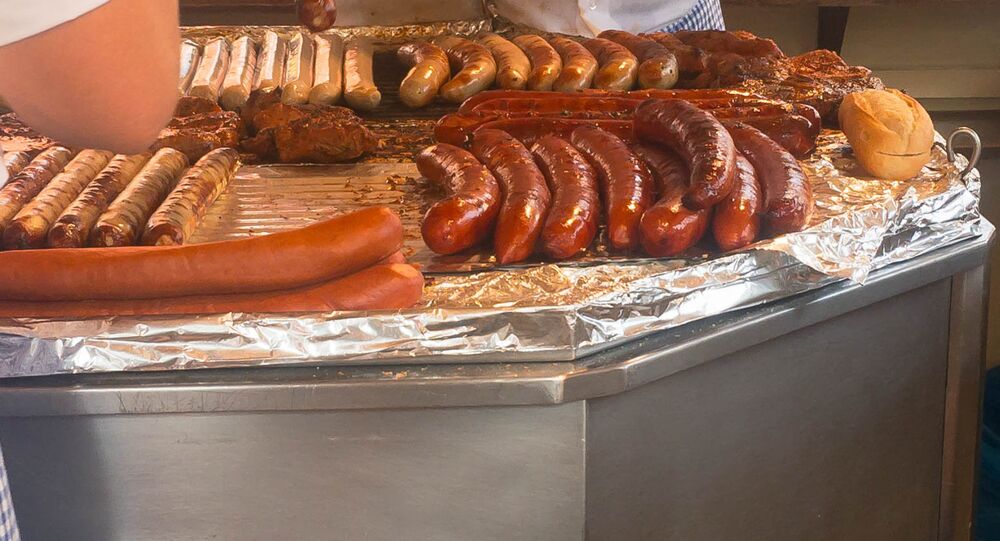 Berlin Apologizes for Serving Pork Sausage at Conference on Islam

The sausage containing pig blood, bacon and pork was served along with the other dishes, including halal and vegetarian options, German government officials claimed, adding that all food on the buffet was clearly marked.

German Ministry of Interior issued an apology over serving pork sausage to the people attending the German Islam Conference in Berlin.

According to BBC, the sausage in question was the so called “blood sausage” (blutwurst) which counts pig blood, bacon and pork among its ingredients.

© AP Photo / Michael Probst
Germans Overwhelmingly Embrace Democracy, Oppose Islamization, Study Shows
The interior ministry however insisted that the buffet at the event offered a variety of choices, including halal, vegetarian, meat and fish dishes, and that all items “had been clearly marked.”

Earlier in March, German Minister of Interior Seehofer declared that "Islam doesn't belong to Germany," and that "Germany has been shaped by Christianity," as Deutsche Welle points out.