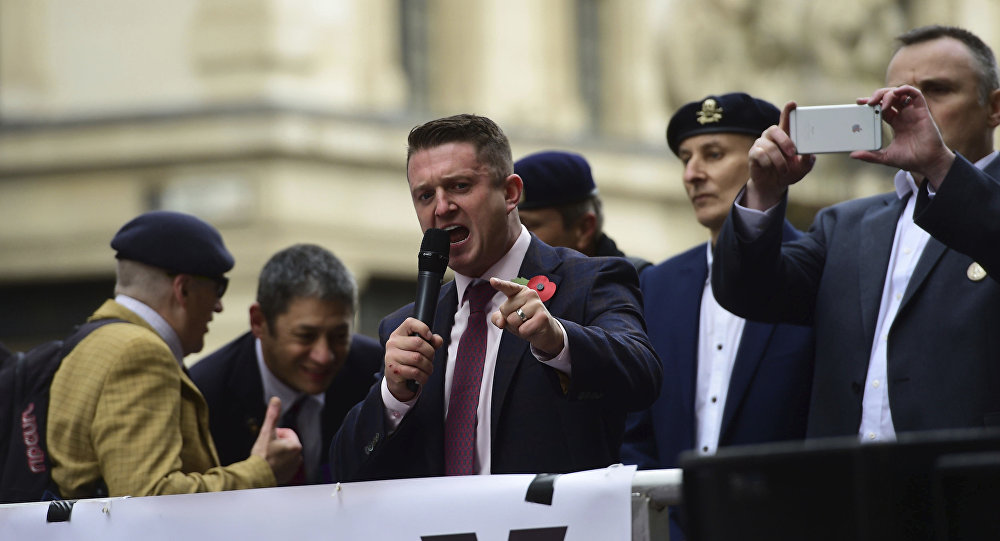 British right-wing activist Tommy Robinson notably drew a line between ‘a water attack’ performed on Jamal and one in which a white girl was violently beaten by a gang of migrants, which included the Syrian teenager, among others.

Britain’s best-known critic of Islam, Tommy Robinson, claimed in a Facebook post on Thursday that there was nothing wrong in the attack on a Syrian refugee boy in school premises in Huddersfield, northern England, as he himself – as part of a whole gang – had previously assaulted a white girl.

Robinson said he had earlier received a message from a mother claiming that her daughter was attacked. However, other commenters on his social media posts insisted in response that the girl’s mother, on the contrary, denied the boy’s involvement, uploading alleged screenshots of her messages.

Those users noted that Robinson appeared to have misunderstood what the messages were about. However, Robinson recorded and uploaded a video on Facebook in which he stresses that he had more than one message on social media about the white girl having been earlier attacked by a gang of Muslim girls and the Syrian boy, Jamal, stressing that she sustained serious injuries, in contrast with the ‘attack’ on Jamal, who wasn’t physically hurt.

Many believe Robinson inspired the white boy’s assault on Jamal, as the attacker had beforehand shared Robinson’s Facebook posts. A video of what was referred to by mainstream media as an attack, reportedly dating back to late October, circulated on the Internet on Tuesday, showing the ‘attacker’ pushing the 15-year-old to the ground and pouring water on his face.

The incident reportedly made him announce that he wouldn’t return to the school where it happened.

Tommy Robinson is the 36-year-old founder of the English Defence League, and is known to be the number-one campaigner against Muslims and refugees in the country.

He has staged several major demonstrations against Islam, engaging right-wing groups in a number of British cities. Tommy Robinson, whose real name is Stephen Yaxley-Lennon, was released on bail, shortly after a court hearing on his contempt of court case, which was passed to the Attorney General.

He was earlier jailed for leaking a transcript from the courtroom hearing on the Leeds grooming gang case, in which 20 men were found guilty of over 120 offenses against 15 under-age girls between 2004 and 2011, including rape, abuse, pimping and so on.

Robinson subsequently condemned the British courts and media for attempting to "silence and stop people having the knowledge" of Muslim grooming gangs, adding that "the entire world is now watching," he said before a cheering audience.