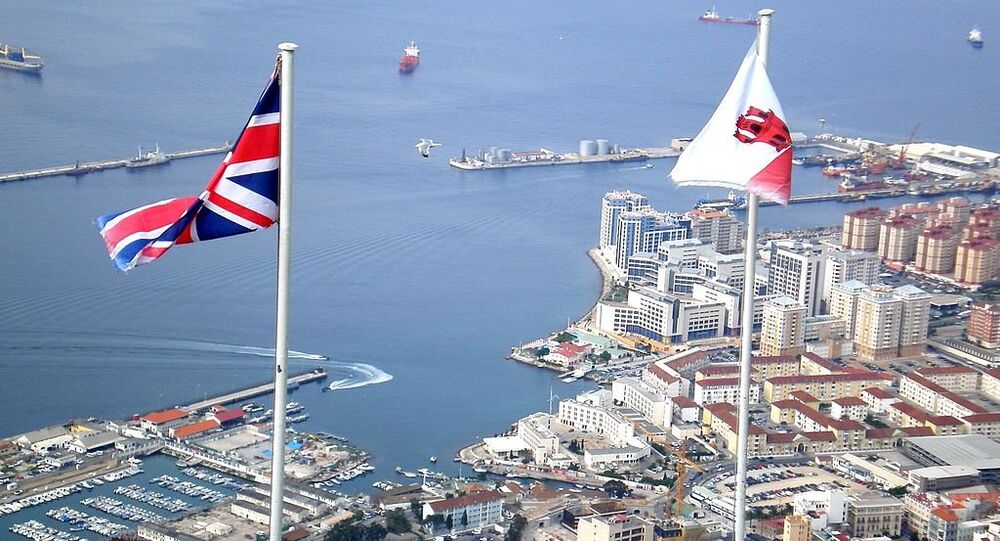 Spain has long resented Britain’s claims to Gibraltar, a British overseas territory that is home to around 30,000 people, and has previously threatened to use Brexit to wrest concessions on the issue.

Prime Minister Theresa May’s Brexit plan may hit a snag after Madrid threatened to vote it down over the thorny issue of Gibraltar, demanding that last-minute changes be made to the text ahead this week’s EU summit.

"As of today, if there are no changes with respect to Gibraltar, Spain will vote no to the agreement on Brexit," Spanish Prime Minister Pedro Sanchez said.

Earlier, Spanish Foreign Minister Josep Borrell said that his government would not back the proposals at the European Council unless assured the agreement would not apply to Gibraltar.

"The negotiations between Britain and the EU have a territorial scope that does not include Gibraltar, the negotiations on the future of Gibraltar are separate discussions," Borrell said on Monday morning in Brussels.

© AFP 2021 / Jorge Guerrero
Spain Needs More 'Clarity' on Gibraltar Before Endorsing Brexit Deal – Officials
Spain also has an absolute veto over any future trade deal between the EU and UK.

Britain said it would not exempt Gibraltar or any other British territory from the agreement in what may put the two countries on a collision course ahead of the weekend summit.

Because the agreement on Britain’s withdrawal from the EU has to be approved by a qualified majority voting at the European Council this weekend, any other EU country adding their voices to Spain’s could jeopardise the entire deal.

“The prime minister has been clear that we will not exclude Gibraltar or the other overseas territories or the crown dependencies from our negotiations on the future relationship. We will get a deal that works for the whole UK family,” he added.

All recent polls show that the inhabitants of Gibraltar overwhelmingly want to keep their status as a British overseas territory and do not want to be a part of Spain.

READ MORE: Sentiment in Gibraltar in Favor of Retaining Connections with Britain — Scholar

Just ahead of the Sunday summit, the UK and Gibraltar signed the Armed Forces (Gibraltar) Act with Britain’s Armed Forces Minister Mark Lancaster underscoring Gibraltar’s ‘vital importance to the UK Armed Forces and our allies’.

“Whilst our relationship with the EU is changing, our commitment to European prosperity and security remains steadfast and our duty to support Gibraltar, its people and its economy is resolute,” he added.