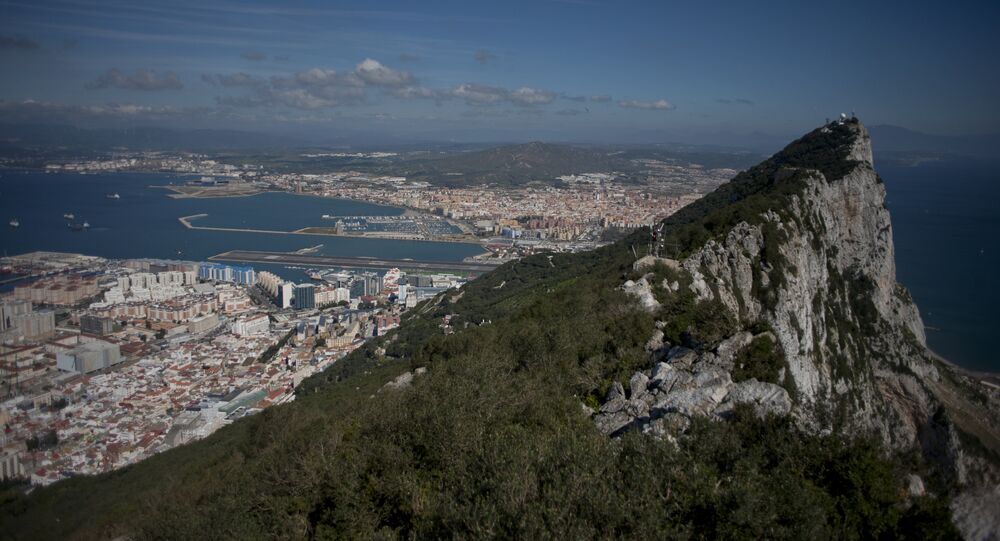 27 European Union member states have examined UK prime minister Theresa May's Brexit draft agreement regarding Britain's withdrawal from the European Union, with Spanish officials stating that it cannot endorse the plan due to a lack of understanding over the contentious position of Gibraltar.

However, the Gibraltar first minister Fabián Picardo and UK Prime Minister Theresa May saw the document.

"We want the interpretation to be clear in that text that the negotiations between the United Kingdom and the EU will not apply to Gibraltar," Borrell stated after an EU ministerial meeting in Brussels.

Borrell also demanded changes to the article to clearly separate Brexit negotiations from those on Gibraltar, which are held bilaterally between Madrid and London.

© CC BY 2.0 / Defence Images / HMS Argyll with the French Ship FS Mistral
EU to Relocate Headquarters of Naval Forces From UK to Spain Due to Brexit
"That what is being negotiated has a territorial scope that does not include Gibraltar," Borrell continued, adding that "future negotiations on Gibraltar are separate. And that is what has to be made clear."

Spain is satisfied with the UK-EU draft agreement on Brexit, including the protocol on Gibraltar, the country's Foreign Ministry said Thursday.

Brexit talks between London and Brussels previously included protocols concerning Gibraltar, Cyprus and backstops to prevent a hard border between the Republic of Ireland and Northern Ireland.

Whilst the agreement was not "ideal", it was still successful and coincided with Spain's position on the "need to respect the rights of citizens" after Brexit, Spanish state secretary for the EU Luis Marco Aguiriano Nalda said during a press conference. "Spain is very satisfied with the protocol on Gibraltar… [and] satisfied that the EU sided with Spain in negotiations with the UK," he said.

The disagreement could extend to an EU impasses over fishing regulations and limitations on post-Brexit transitional phases, an EU diplomat said as quoted by Reuters.

The 2.3 square mile territory of Gibraltar, which was handed over to Britain in 1713 after the Treaty of Utrecht, has seen repeated tensions between Spain and the UK after Britain forced Spanish officials to accept its positions. But decades later, London realises that "the tables have turned", one senior EU official stated.