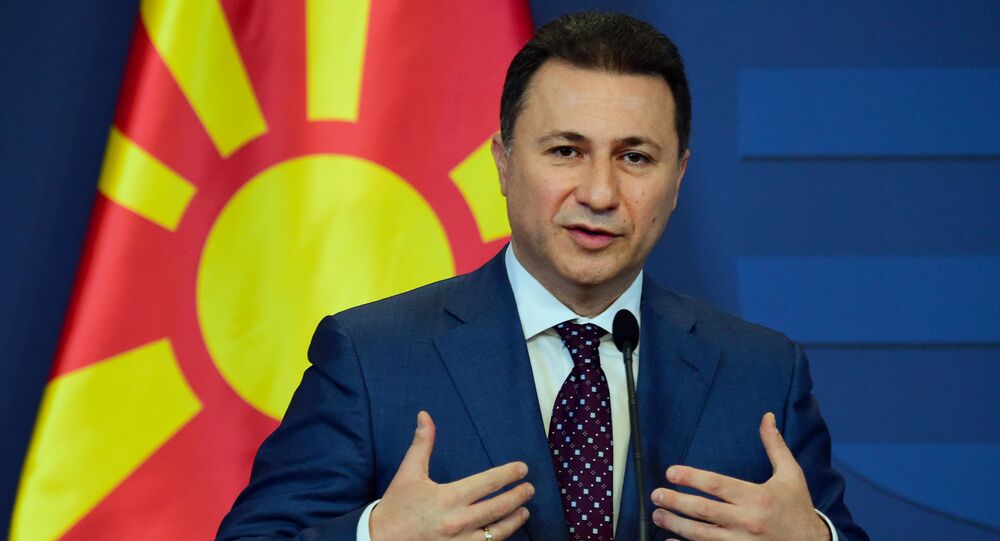 BELGRADE (Sputnik) – Macedonian Prime Minister Zoran Zaev has called former Prime Minister Nikola Gruevski, who was sentenced to two years in prison but fled to Hungary, a coward and demanded that he be extradited in accordance with EU rules.

"I assure you that the friendly relations between our two countries do not depend on any personal friendly relations… and Hungary will extradite Nikola Gruevski in the coming days to serve a prison term… If Hungary is part of the European Union, it is unacceptable that the EU member state does not observe the rule of law. For us, this European value is sacred," Zaev told a briefing, calling Gruevski "a coward who kept saying he was ready to take responsibility and go to jail [but] fled abroad [instead]."

© Photo : Twitter, PrimeministerGR
EXCLUSIVE: Political Games & Gains Amid Macedonia Name Discord
Earlier in the day, Interior Minister Oliver Spasovski said that Gruevski was on the international wanted list and that Hungary must deny him political asylum.

The statement has been made regarding the arrest warrant, the Macedonian authorities issued for the politician after the court turned down his appeal and ordered him to start serving his prison term immediately. However, Gruevski’s whereabouts have been unknown since November 8.

In May, Gruevski, who served as prime minister from 2006 until 2016 and is also the former head of the largest opposition VMRO-DPMNE party, was convicted of official misconduct by purchasing a luxury vehicle at an estimated cost of over 500,000 euros ($563,400).

Gruevski then said that he was in Budapest and had requested political asylum from the Hungarian authorities amid receiving death threats.