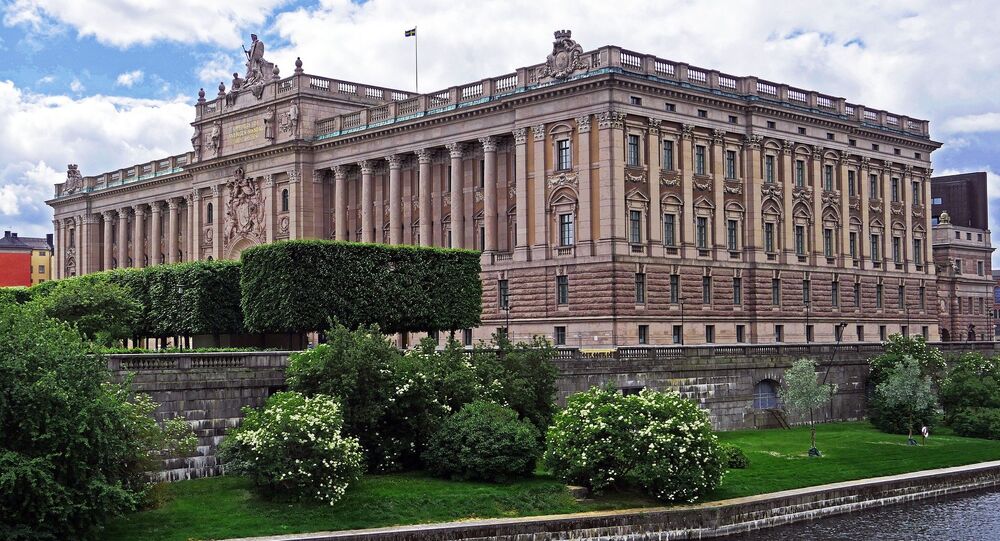 STOCKHOLM (Sputnik) – The majority of lawmakers in the Swedish parliament on November 14 voted against the centre-right Moderate Party leader Ulf Kristersson as the country’s prime minister. Kristersson’s candidacy was rejected by a 195-154 vote.

One of the main reasons Kristersson failed to secure the necessary number of votes was the fact that there were disagreements within his opposition bloc of the centre-right parties — Alliance.

© CC BY-SA 2.0 / Gage Skidmore / Jordan Peterson
Swedish Feminist Foreign Minister Flayed for Vilifying Canadian Prof Jordan Peterson
Centre Party head Annie Loof explained the move by refusing to support a minority government that would rely on the far-right Sweden Democrats in getting the bills through the parliament, according to The Local media outlet.

In turn, Liberals’ leader Jan Arne Bjorklund reiterated his support to Kristersson, but also voiced concerns about "a rising tide of right-wing nationalism in the western world."

In addition, Swedish Social Democratic Party lawmaker Jamal El-Haj told Sputnik that by voting against Kristersson on the prime minister’s post, his party opposed both the policy of conservatives and personally the Moderate Party leader.

"We made a stand both against the policy of the conservatives and against his personality as well as against his friends, the liberals. The Centre also voted him down, because they think his government is helping nationalists, and they don't want that," El-Haj said.

Parliament Speaker Andreas Norlen said that he intended to continue negotiations with the leaders of the parliamentary parties on forming a new government.

"Members of parliament rejected my proposal of the candidate for the post of the head of government. Of course, I will not give up and will continue to work with the tasks. I used one of my four opportunities for the candidacy of the head of government before the early elections are automatically announced," Norlen told reporters, as broadcast on the parliament’s website, adding that he planned to start a new round of negotiations with the leaders of the parliamentary parties.

© REUTERS / Anders Wiklund/TT News Agency
On Immigration Sweden Democrats 'Have Whole Playing Field for Themselves' – Prof.
Following the September elections, eight political parties managed to get seats in the parliament.

The gap between Sweden's ruling Red-Green bloc and the opposition alliance of centre-right parties has remained minimal.

Sweden to Charge Student Over Plane Protest Against Deportation of Afghan