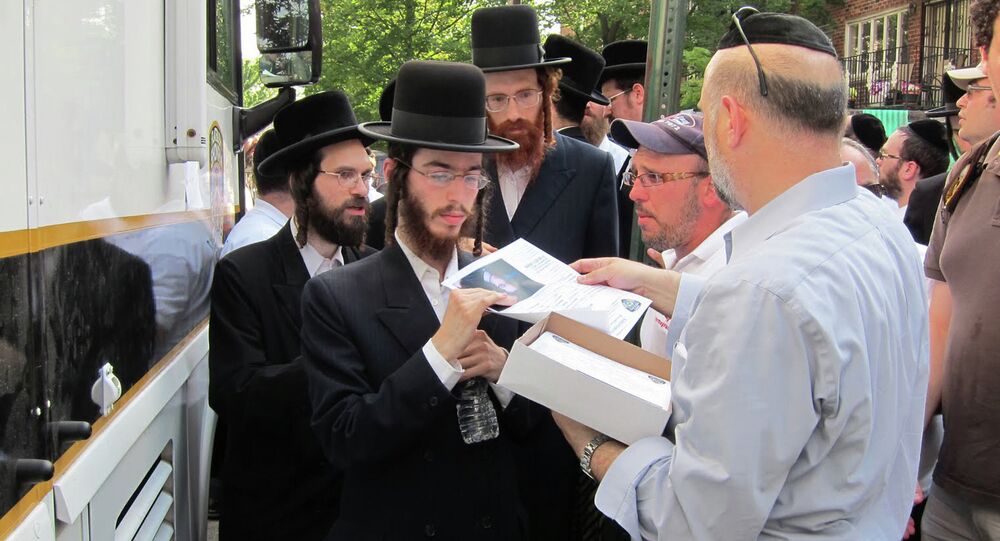 As about 20 Muslims interrupted a vigil, some brought up an event from early Islamic history, when Muhammed’s followers killed, injured, and displaced crowds of Jews from the town of Khaybar.

A vigil organized by pro-Israel activists in London’s Hyde Park, famous for being a free speech area, appeared to be severely interrupted and then dispersed altogether by men shouting anti-Jewish chants in Arabic, according to the Jewish Telegraphic Agency.

A few dozen people waving Israeli flags with candles in their hands gathered there ahead of the so-called Kristallnacht remembrance day, commemorating victims of the Nazi pogrom of 1938, as well as Jews killed and wounded across the Arab world.

Joseph Cohen, an Israel advocacy Movement campaigner, was filming the event when 20 men chimed in shouting:

“Jews, remember Khaybar, the army of Muhammad is returning,” thereby referring to the 7th century massacre of Jews by Muslims, when the latter expelled Jews from the town of Khaybar, which lies in modern-day Saudi Arabia.

Some other Muslim activists voiced pro-Palestine chants, shoving Jewish activists to the side.

“The vigil went from bad to worse, they shouted us down, they would not allow us to remember our dead until we had to call off the vigil,” he added. The occurrence “goes to the heart of the matter we’d gathered to commemorate in the first place,” he also said.

A German woman witnessing the event even compared three types of events, namely those held by Christian preachers, by Muslims, and finally, went on to detail the crowd’s reaction to Jews gathering for their remembrance day, noting that it could all be characterized as anti-Semitism.

The bellicosity of the move was immediately picked up on in comments on Twitter; however, some attempted to defend the Muslims, saying one shouldn’t judge by a “one-man act.” The statement caused negation, with a pro-Jewish commenter stating there is an issue in Europe with “Muslims hating Jews who feel connected to Israel.”

There were more than 1 man.. The problem is that in Europe most of them think it’s their duty as “muslims”to hate on Jews who feel connected to Israel. They don’t even care why, what, where. You are different.

Some noted that relevant counter-measures should be taken:

A vigil for that has nothing to do with Israel. Those Arabs should be arrested if they threatened genocide. Sick fucks.

Need to just beat the crap out of these hookigans when they pull this crap. Punch them in the face. Its all they will understand