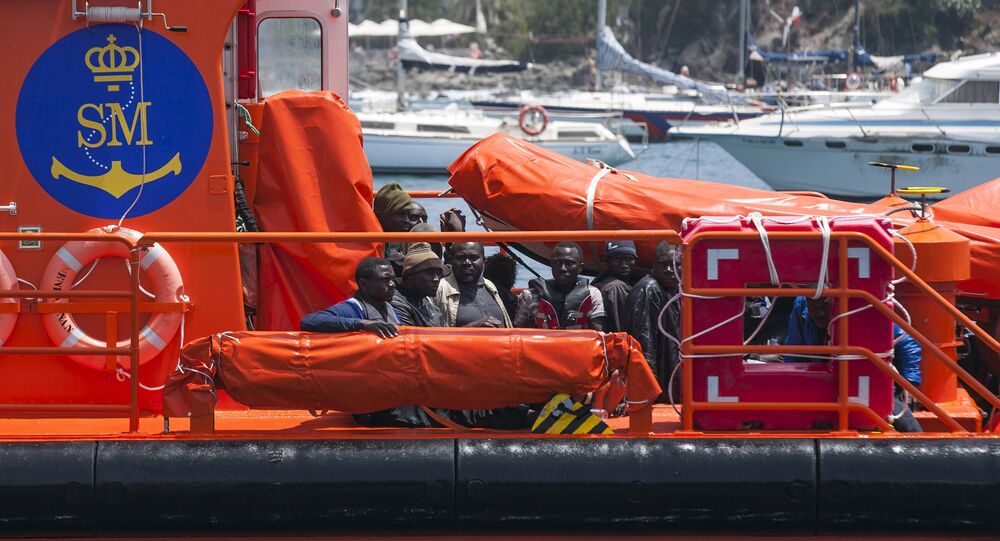 MADRID (Sputnik) - The Spanish Maritime Safety and Rescue Society (SASEMAR) said on Monday it, along with the Spanish Civil Guard, had recovered bodies of 17 people, which have drowned in the Alboran Sea, the westernmost part of the Mediterranean, in an attempt to reach Spain.

© AFP 2021 / Tobias Schwartz
Analyst: UN Migration Treaty to Intensify Crisis and Encourage More Migrants to Flock to Europe
Bodies of the four dead migrants were discovered by the Civil Guard in the province of Cadiz in the autonomous community of Andalusia, it added.

According to the International Organization for Migration, Spain currently tops the list of Mediterranean countries by the number of migrant sea arrivals, with over 47,500 migrants arriving in the country since the beginning of the year, another 567 people died on their way to the country, as of November 2.