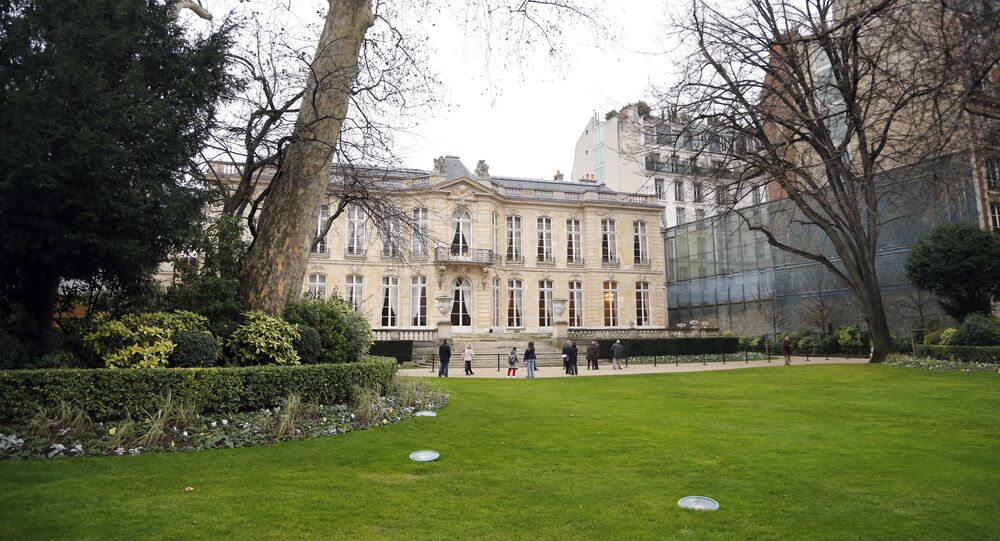 Corpse of French Gendarme Found in Garden of PM's Residence

According to French media reports, the body of a Republican Guard officer was discovered on Monday at around 9.30 a.m. local time.

The corpse of a 45-year-old French gendarme was found in the gardens of the French prime minister’s official residence in Paris – Hotel de Matignon; he is thought to have committed suicide, according to AFP.

“The body of a Republican Guard was discovered this morning in the grounds of the Hotel de Matignon, his service weapon at his side,” the prime minister’s office said in a statement.

© CC0
EXCLUSIVE: How Young Woman's Suicide Exposed UK Prisons as 'Dungeons of Despair'
The officer, who was assigned to the video surveillance services, is said to have been in uniform, and allegedly used his own weapon to kill himself.

An inquiry into the circumstances of his death has already been launched, and will be conducted by the General Inspection of the National Gendarmerie.

Prime Minister Edouard Philippe was not at his residence at the time of the alleged suicide – he left on Sunday for New Caledonia, a French island territory in the Pacific, where an independence referendum was held.

His office issued a statement to offer condolences to the policeman’s family:

"Informed of this tragic event in New Caledonia, the Prime Minister offers his most sincere condolences to the family of the deceased. He wanted to express his support for the comrades of the deceased policeman as well as the entire staff of Matignon," it read.

In August, the Republican Guards tasked with protection of the prime minister wrote an anonymous open letter, which detailed their complaints about worsening working conditions.