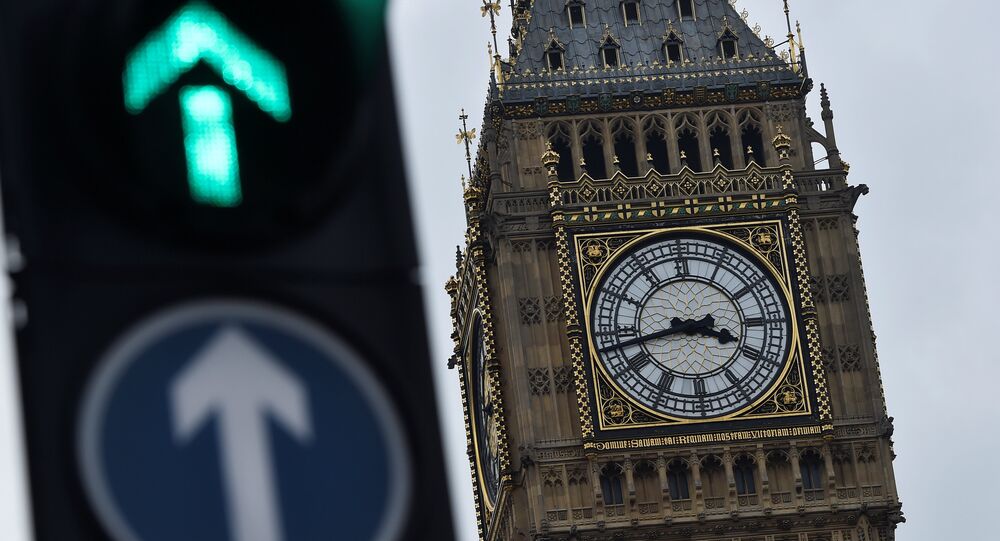 LONDON (Sputnik) - London keeps replacing objective reality with "emotional calls" and "groundless accusations" as it tries to create an international anti-Russian alliance, the press officer of the Russian Embassy to the United Kingdom told reporters on Wednesday.

His remark came amid UK Prime Minister Theresa May's recent statement that Russia was deploying chemical weapons in the United Kingdom, voiced during her address at the meeting of the Nordic Council in Oslo on Tuesday.

"We strongly reject these insinuations. Another portion of accusations of Russia is a far cry from reality. We would like to stress that, as regards the Salisbury incident, we have to deal with a reckless position of the current British authorities, as they refuse, without any substantial explanations, to cooperate with Russia on the investigation of the poisoning of the two Russian nationals on British soil," the press officer told reporters.

He added that the investigation into the Salisbury incident was carried out in a non-transparent way, slamming it as "an example of international law being ignored by the United Kingdom."

"We believe that such situation yet again confirms that the Tory government has something to conceal, as it is afraid of transparent and honest cooperation. This is the objective reality, which cannot be replaced by emotional calls and groundless accusations used as a means of building an anti-Russian alliance," the press officer said.

He slammed UK senior officials for using the term "rules-based international order" in an attempt to create an impression that the United Kingdom was a "consistent supporter" of international law and could thus declare other states as its violators.

"In fact, this is an attempt to disguise the obvious and fundamental difference between the clearly fixed norms of international law agreed by the whole international community, and some obscure "rules", which are popularized by the British and generally Western ruling circles," the press officer said.

Former Russian double agent Sergei Skripal and his daughter Yulia were found unconscious on a bench in Salisbury on March 4. London and its allies accused Moscow of having plotted the attack and poisoned the Skripals with what they believe to be military-grade nerve agent A234 allegedly related to the nerve agents developed in the Soviet Union. The UK Porton Down lab, however, could not prove that the nerve agent was made in Russia or determine its country of origin.

Moscow categorically denied all allegations, with Russian Foreign Minister Sergey Lavrov saying that the Skripal affair was falling apart due to the lack of evidence proving Russia's involvement. The Russian Foreign Ministry said that it had sent about 60 diplomatic notes to the UK Foreign Office, demanding that Russia should be given access to the investigation and offering cooperation but to no avail.

On September 5, UK prosecutors said that they had evidence enough to charge two Russian citizens, Alexander Petrov and Ruslan Boshirov, with the attack. UK Prime Minister Theresa May said the two men were officers of the Russian military intelligence service GRU, but did not provide any evidence. Boshirov and Petrov, in turn, refuted any involvement in the Skripal case, stressing that they visited Salisbury as tourists and worked in the fitness industry.

The Skripal Case: Fifteen Facts and Some Logical Conclusions