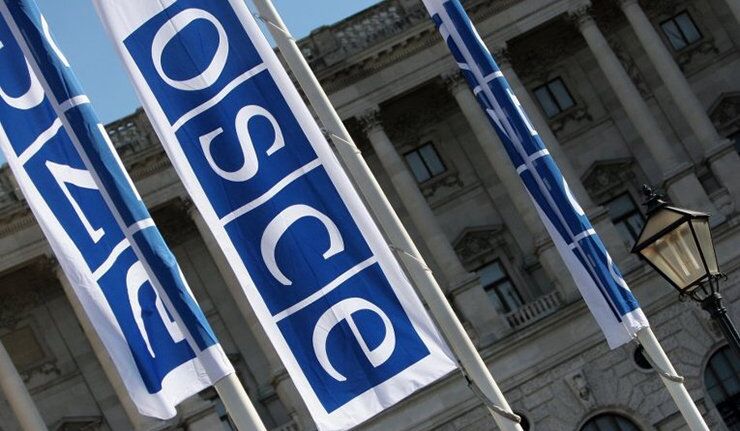 VIENNA (Sputnik) - The OSCE Representative on Freedom of the Media expressed on Monday his concern about the lasting pre-trial detention of RIA Novosti Ukraine portal head Kirill Vyshinsky in Ukraine.

"The OSCE Representative on Freedom of the Media, Harlem Désir, today expressed his serious concern over the lasting pre-trial detention of bureau chief of RIA Novosti Ukraine, Kirill Vyshinsky, which has been extended twice already since July," The Organization for Security and Cooperation in Europe (OSCE) said.

Desir added that he hoped "that Kirill Vyshinsky’s pre-trial detention will not be further extended and will, therefore, end on 4 November 2018."

He also called on the Ukrainian authorities "to expedite the investigation on the serious charges brought against Vyshinsky, and to conduct such an investigation in full compliance with the principles of rule of law, necessity and proportionality."

© Sputnik / Stringer
Pre-Trial Investigation Into Vyshinsky's Case Completed – Ukrainian Security Service
Vyshinsky, a Ukrainian citizen, was arrested in Kiev in May and then transferred to the southern Ukrainian city of Kherson, where he was taken into custody by court order, which was later extended until November 4.

The detention of Vyshinsky has prompted widespread criticism by journalists and rights groups, which said that such moves were unacceptable in a democratic society.