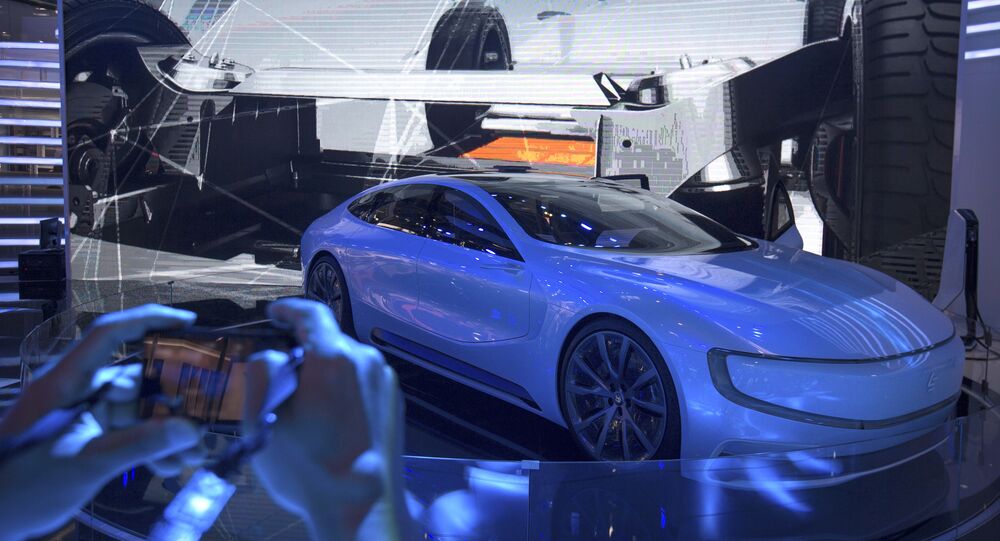 Two British firms have teamed up to launch an initiative to increase connected and autonomous vehicle (CAV) services across London by 2021 to boost UK driving services capabilities amid fierce competition from rival companies.

Private taxi hire company Addison Lee has teamed up with self-driving software company Oxbotica to digitally map over 250,000 miles of public roads "in and around the capitol".

The pair aim to increase market shares of autonomous vehicles in the near future, worth £28 billion by 2035, according to estimates, Addison Lee said in a press release.

"Urban transport will change beyond recognition in the next 10 years with the introduction of self-driving services, and we intend to be at the very forefront of this change by acting now," Addison Lee CEO Andy Boland said.

Boland also noted that autonomous technologies offered many benefits, including freeing up traffic congestion and fighting air pollution through the use of electric vehicles (EVs).

© AP Photo / Gene J. Puskar
Toyota to Invest $500Mln in Uber, Boost Joint Work on Driverless Cars
The initiative has gained support from UK chancellor of exchequers Phillip Hammond, who stated he wants to see "genuine driverless vehicles" throughout the UK by 2021.

Government officials have also requested the Law Commission to review driving laws in order to help the UK remain a leading force behind the CAV market. Major market competitors such as Uber have also joined the race to conquer shares of the global market.

Addison Lee was founded in 1975 and is Europe's biggest private hire car service, with roughly 10 million journeys per year. The company is owned by US private equity company Carlyle Group and has boosted market shares in the US, operating in over 100 cities nationwide.

Multinational professional services firm Pricewaterhousecoopers (PwC) partnered with the Society for Motor Manufacturers and Traders (SMMT) to research the "human and social impact" of CAVs on social mobility, which identified £51 billion in potential profits and the potential to protect drivers from roughly 25,000 auto accidents.

The study looked at three groups-young people, the elderly, and those with disabilities-and found that CAVs could help six out of 10 people in the UK. In a survey conducted by the SMMT, 56 percent of those queried said they felt positive about CAVs and 43 percent said they would use one if made available today.

A SMMT report also recommended that the UK government increase public awareness to dispel myths on CAVs and highlight their benefits, in addition to increasing digital infrastructure and coverage.

"Poor mobile internet coverage is already leading some automotive manufacturers to look to other countries to roll out new connected technologies," the report said, adding that failing to address the issue would "undermine the UK's competitive advantage against other international players and delay the roll-out of CAVs in Britain."

It added that British authorities should increase and optimize funding for research and development, arguing for a nationwide "CAV testbed" to achieve results.

The UK government has published a report noting that it had established a team in 2015 to "secure the UK's position at the forefront of this change for the safe development, production and use" of CAVs.

The government also established Project GATEway the same year, which provided £5.3 million for CAV research and testing while also surveying "over 32,000 members of the public".

UK automaking powerhouse Coventry also initiated the UK Autodrive initiative, the largest of three in Britain designed to trial CAVs through the "Introducing Driverless Cars to UK Roads competition" spearheaded by the Innovate UK agency with £19.4 million in funding.