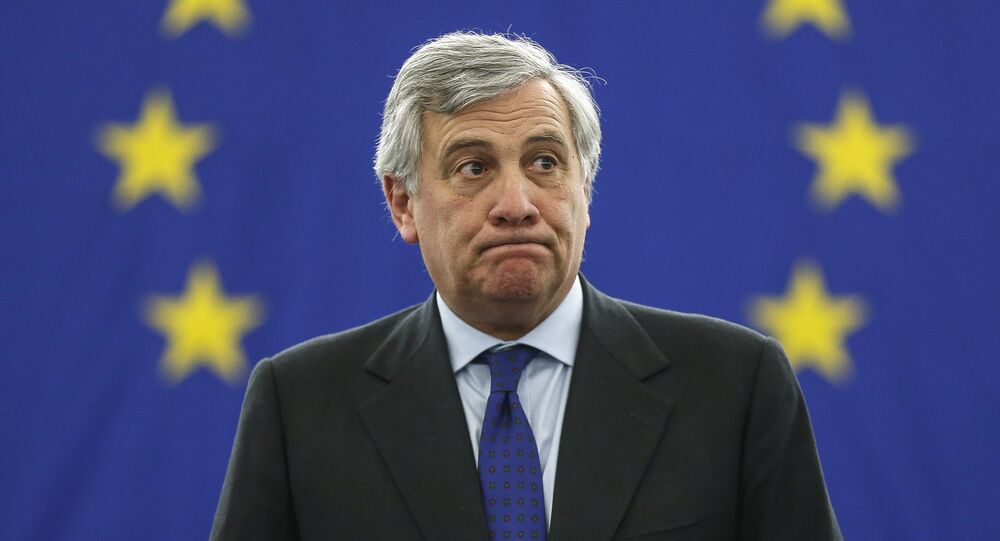 "The EP absolutely wants to reach an agreement. But this deal should not be concluded at any cost. If we do not see a positive solution found for the [Irish border issue] — there were some positive signals for the [issues of EU citizens in the United Kingdom and UK financial commitments] — then we will vote against the draft agreement," Tajani told reporters.

He also stressed that 3 million EU citizens in the United Kingdom should be protected, London must fulfill all its financial commitments, and the Irish border matter should be resolved.

"I want to be optimistic. The political message of Mrs May is a positive one, [saying that they] want to achieve an agreement. On the content — no news. But the body language was more positive than in the past," Tajani said.

Tajani also noted that he did not consider it possible to postpone the date of Brexit, which is scheduled for March 29, 2019.

Previously, the United Kingdom voted to leave the European Union. Although Brexit is scheduled for late March 2019, London and Brussels still cannot agree on a number of key issues.