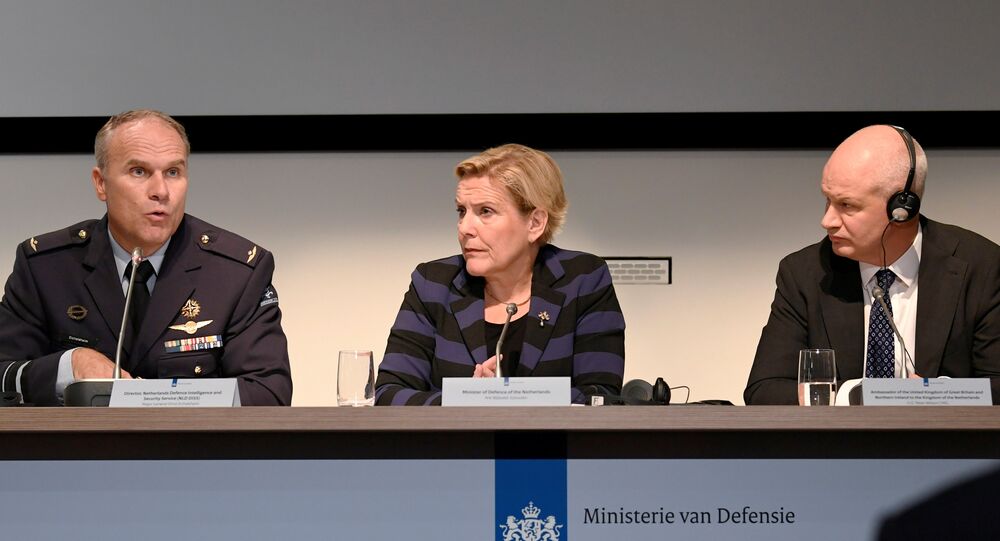 Last week, the Russian Ambassador to the Netherlands was summoned to the Ministry of Foreign Affairs in light of the Dutch allegations that four Russians had attempted to carry out a cyberattack on the international chemical weapons watchdog in The Hague.

The Netherlands is in a state of "cyberwar" with Russia, Dutch Defence Minister Ank Bijleveld told Dutch broadcaster NPO on Sunday.

"What happened is really dangerous," Bijleveld said in a nod to an April incident near the headquarters of the Organisation for the Prohibition of Chemical Weapons (OPCW), which, she said, involved purported GRU officers.

Asked if the current situation between the two countries could be described as a "cyberwar" she replied: "Yes, that is the case."

"People try to interfere in various ways in our life all the time, to influence our democracy. We have to shake off the naivety in this domain and take measures."

The country's cybersecurity budget saw an increase after the alleged incident was made public, the minister added. "We are investing more in intelligence services to be able to see what is going on and take measures if necessary."

Moreover, Bijleveld said that the Netherlands has offered NATO the opportunity to use its "cybersoldiers."

On October 4, Ank Bijleveld claimed that the country's intelligence services had foiled a cyberattack by Moscow on the OPCW. She also said that four Russian nationals with diplomatic passports, who were suspected of attempting to carry out the operation, were expelled from the country in April. The purported incident took place on April 13, when the alleged suspects parked a car loaded with electronic equipment outside the OPCW's headquarters in The Hague.

Moscow argued in response that the accusations lacked real proof and bashed them as "spy mania" and part of a "staged propaganda campaign against Russia." The Russian Foreign Ministry pointed out that the Dutch statement came ahead of the OPCW opening session, which could set up the "'necessary' political background" to push through some initiative.

It also emerged on Friday that the Netherlands and the UK have sent a memo to EU member states, pushing the bloc to update its sanctions to address "malicious cyber activity." According to Bloomberg, a group of countries, including Estonia, Lithuania, Finland and Romania, is seeking to introduce a sanctions regime that would target individuals and entities responsible for cyberattacks.