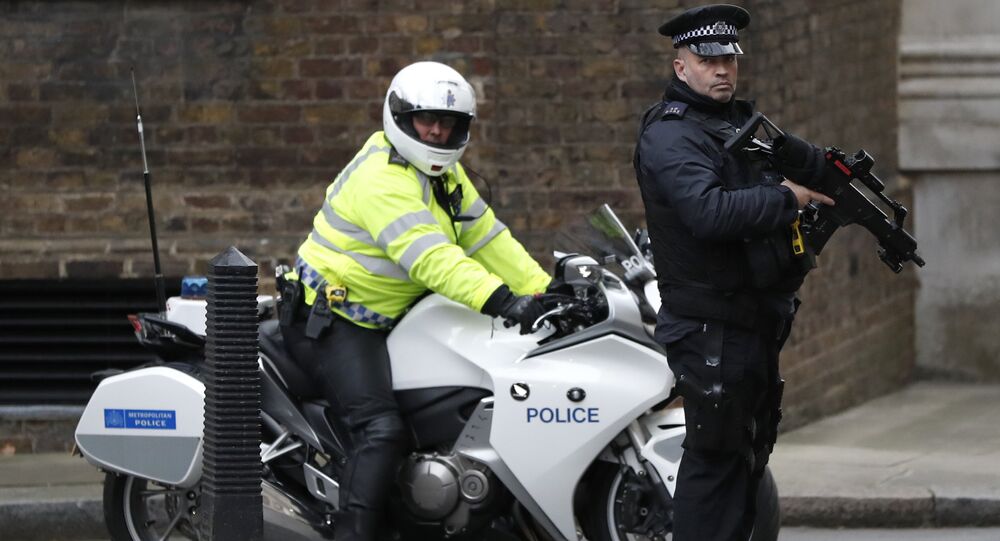 The right-wing Democratic Football Lads' Alliance supporters took to the streets and clashed with the police, chanting 'Whose streets? Our streets?", the Daily Mail reported on Saturday.

The acts of violence have been reported in the central part of London on Saturday, including one man shouting "I'll kill you" threats to a police officer following the Democratic Football Lads Alliance rally, the Western media reported.

Hundreds of the alliance's supporters were marching from Park Lane to Whitehall when later several participants started to push through the police escorts that led to chaos on the streets. According to Daily Mail, the Football Lads Alliance's supporters could be heard crying out chants 'Whose streets? Our streets?" on Pall Mall.

Police on horseback made a series of attempts to separate and control the crowds. Moreover, vans were used to block the marchers in.

In addition, to block the DFLA march, counter-protestors from Unite Against Fascism and Stand Up To Racism showed up at the rally point on Whitehall.

Police draw their batons in London as antifascists line up to block the path of the Demented Football Lads Alliance pic.twitter.com/0f7YEAoBiO