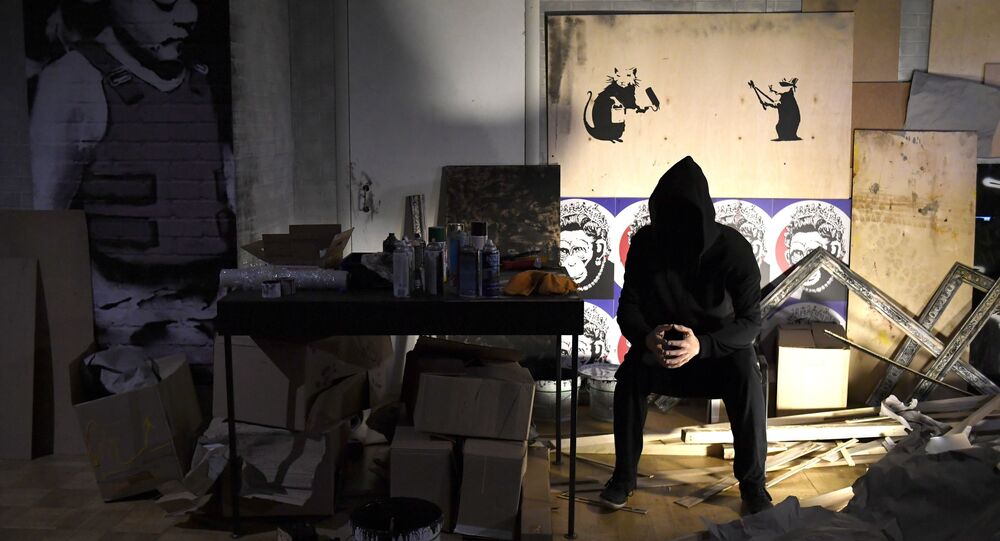 Art experts believe that Banksy’s famous “Girl With the Balloon” painting that shredded itself into ribbons during last week’s auction in London, could now be worth more than double its original price.

Apparently unfazed by the self-destruction of a Banksy painting she had paid over $1 million to buy at a Sotheby’s auction, the winning bidder has said she she will nonetheless go ahead with the purchase.

© AFP 2021 / JOEL SAGET
Banksy Does Paris? Enigmatic Graffiti Artist Blitzes French Capital (PHOTOS)
The very moment the auctioneer announced the name of the winning bidder for Banksy’s “Girl With a Balloon” painting the bottom half of the artwork was sucked into a shredder concealed in the frame.

Although shocked by the sight of the painting being shredded, its buyer, identified only as a female European collector and long-standing client of

Sotheby's, later said she now owned her own piece of art history.

Several experts suggested that the shredded artwork could now be worth more than the original.

In a trademark bit of anti-capitalist pranking, the street artist Banksy apparently destroyed his iconic “Girl with Balloon” painting when it shredded itself into ribbons immediately after being auctioned at Sotheby's last Thursday.

According to the Financial Times, the framed work that Sotheby’s acquired in 2006, "was shredded by a mechanism apparently hidden within the base of the frame, with most of the work emerging from the bottom in strips."