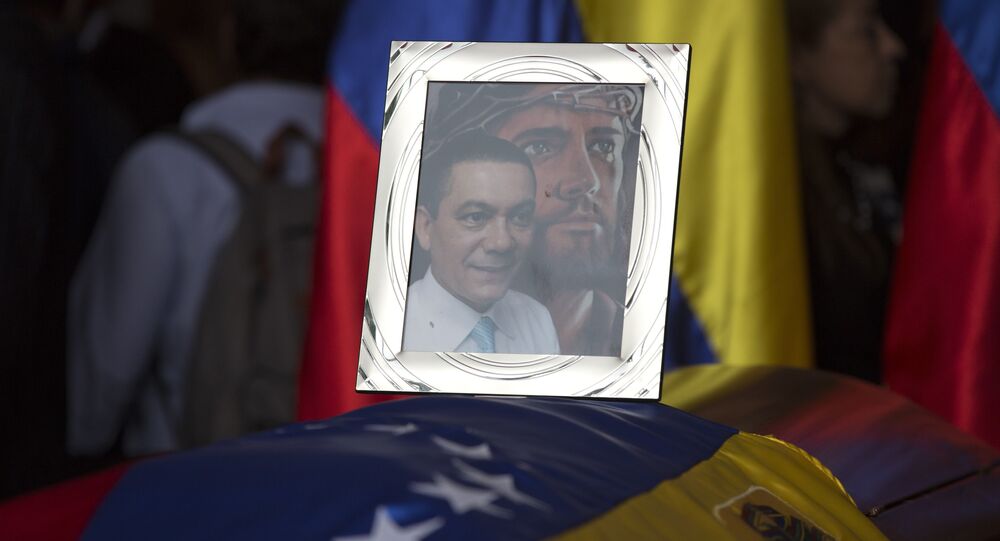 "The Venezuelan ambassador to France was summoned today to the Ministry of Europe and Foreign Affairs after the suspicious death of municipal councilor Fernando Alban during his detention on October 8," the ministry’s statement read.

© AP Photo / Xinhua
Venezuelan Minister Claims Chile, Colombia, Mexico May Be Involved in Maduro Attack
"France hopes that the light will be shed on the circumstances of this death through an impartial and independent investigation, and recalls that every state is responsible for ensuring the physical integrity and health of detainees," the ministry noted, referring to the death of Alban.

On Friday, Alban was taken into custody by the Venezuelan security services upon his arrival to Caracas from New York on charges of plotting the assassination of Maduro. On Monday, the Venezuelan authorities said that the arrested politician committed suicide, which was refuted by Venezuelan opposition politicians.

© AFP 2020 / Juan Barreto
Venezuelan Opposition Calls Claims of Involvement in Attack on Maduro Lies
A number of prominent international watchdogs along with the world’s governments called on the Venezuelan authorities to carry out a prompt and credible investigation into the death of the politician, while the Office of United Nations High Commissioner for Human Rights pledged to conduct its own probe into the case.

According to the Venezuelan authorities, Maduro faced a failed assassination attempt with use of explosive-carrying drones during his address at a military parade in Caracas on August 4. The president accused opposition forces and Colombia of having organized the attack on him, adding that some of the assassination perpetrators resided in the United States. Both Bogota and Washington denied any involvement in the incident.