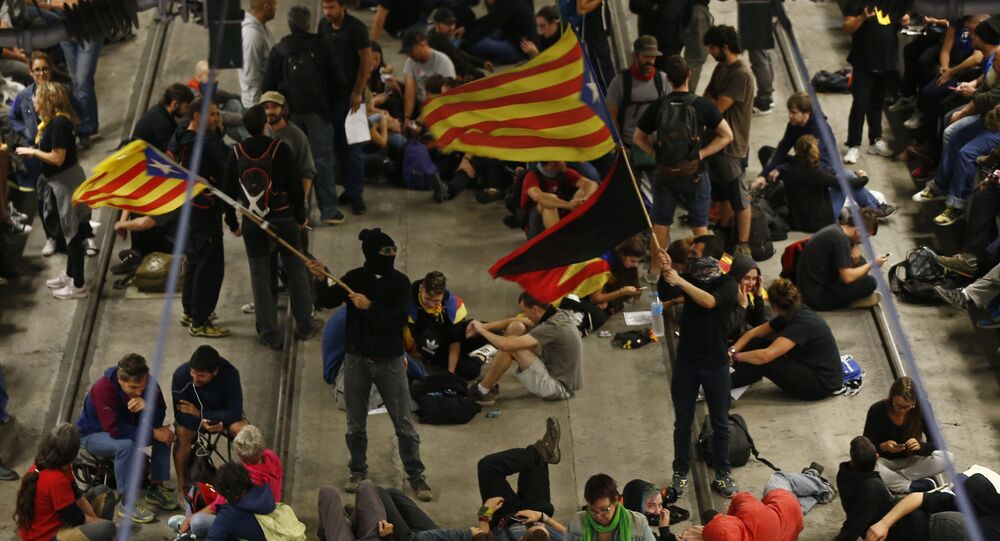 MADRID (Sputnik) – The Spanish authorities has no evidence proving that the Russian government interfered in the Catalan crisis, Spanish Foreign Minister Josep Borrell said on Wednesday.

"There are data about the significant increase in the online traffic a year ago, at the height of the Catalan crisis, from servers located in Russia and Venezuela. But I cannot bring charges against the Russian government without any evidence," Borrell told La Vanguardia newspaper.

The crisis in Catalonia escalated last fall after the region held an independence referendum on October 1, 2017, while Madrid refused to recognize the voting and regards it as illegal.

A number of Spanish media, including El Pais newspaper, published last year a set of articles about the Russian media's allegedly biased coverage of the situation in Catalonia and about the support of separatists by "Russian hackers."

© AP Photo / Virginia Mayo
'Fake News': Puigdemont on Rumors on Ties Between Catalan Independence Supporters, Russia
In November 2017, then Spanish Defense Minister Maria Dolores de Cospedal Garcia said the Spanish government was sure that the "propaganda" about the Catalan crisis was spread on the internet by entities based in Russia.

In response to the minister’s remarks, Russian Foreign Ministry’s spokeswoman Maria Zakharova called on Madrid to provide specific evidence of Moscow’s alleged interference in the situation in Catalonia. No official response has been provided yet.