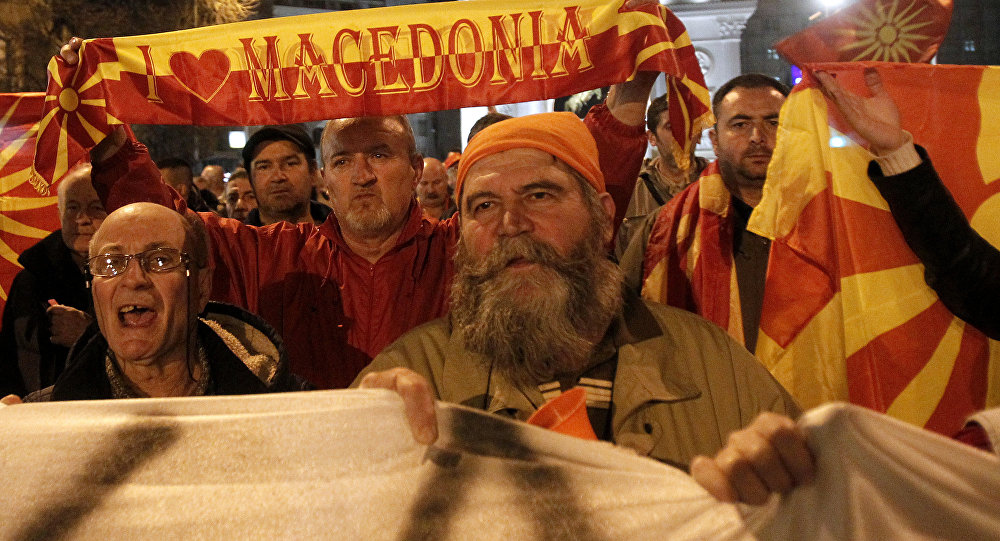 BELGRADE (Sputnik) - Macedonian Prime Minister Zoran Zaev has called on the members of the parliament (the Assembly) to back the bill on changing the country's name, as it had been agreed upon with Greece, for the sake of Macedonia's future membership in the European Union and NATO.

"All the lawmakers have a historical duty toward the [Macedonian] citizens to ensure Macedonia's path to stability and economic prosperity. This is a path to NATO and the European Union, which goes through the Macedonian-Greek agreement," Zaev wrote on Facebook.

In order to ensure the bill passing, Zaev's ruling party Social Democratic Union of Macedonia will need to secure the support of 80 lawmakers out of 120. Zaev has secured the support of over 70 parliamentarians and is currently engaged in talks with the country's major opposition party Internal Macedonian Revolutionary Organization-Democratic Party for Macedonian National Unity, urging it to back the bill.

© REUTERS / Marko Djurica
Observers Explain Three Reasons Behind NATO's Push for Macedonia Admission
On Monday, the Macedonian government adopted a draft law on renaming the Former Yugoslav Republic of Macedonia to the Republic of North Macedonia following a referendum on the issue, and passed it to the assembly for adoption. The assembly's committee on constitutional matters will have 10 days to review the bill, and then the decision will be announced at a plenary session.

On September 30, Macedonia held a referendum on its renaming, which was prompted by the related agreement signed between Greece and Macedonia in June. According to the State Election Commission, 91.46 percent of those, who cast their ballots, voted in favor of renaming the country, while 5.65 percent voted against. However, the referendum cannot be recognized as valid as the turnout amounted to 36.91 percent instead of the required 50 percent.

If the county is renamed, it will be able to seek accession to NATO and the European Union, something which Greece has long been blocking over its concerns that neighboring Macedonia might have territorial claims to Greece’s own region of the same name.