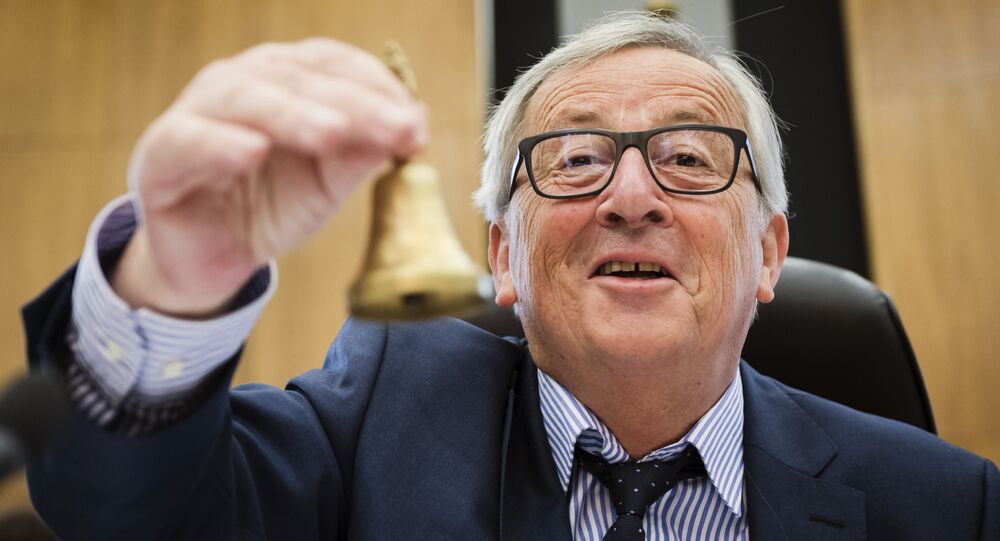 British Prime Minister Theresa May’s dancing talents have been a matter of inspiration for her European colleagues.

The President of the European Commission Jean-Claude Juncker appeared to mock British Prime Minister Theresa May’s ABBA dance while giving a speech in Brussels on Monday.

Theresa May danced onto the stage at the Conservative Party conference last week grooving to ABBA’s “Dancing Queen” sparking a storm of online merriment and sneers with Twitterians comparing the wildly gesticulating premier to a “crazy windmill” and the famous comic Mr. Bean.

The European Commission’s spokesperson later said that the dance was “not directed at anyone” and was merely “improvisation” by Mr. Juncker.

Theresa May’s dancing skills have often been the subject of attention. In August, she danced with high school pupils in Cape Town, after which the Russian Foreign Ministry’s website jokingly invited subscribers to compare May’s dancing abilities to those of its spokeswoman Maria Zakharova.