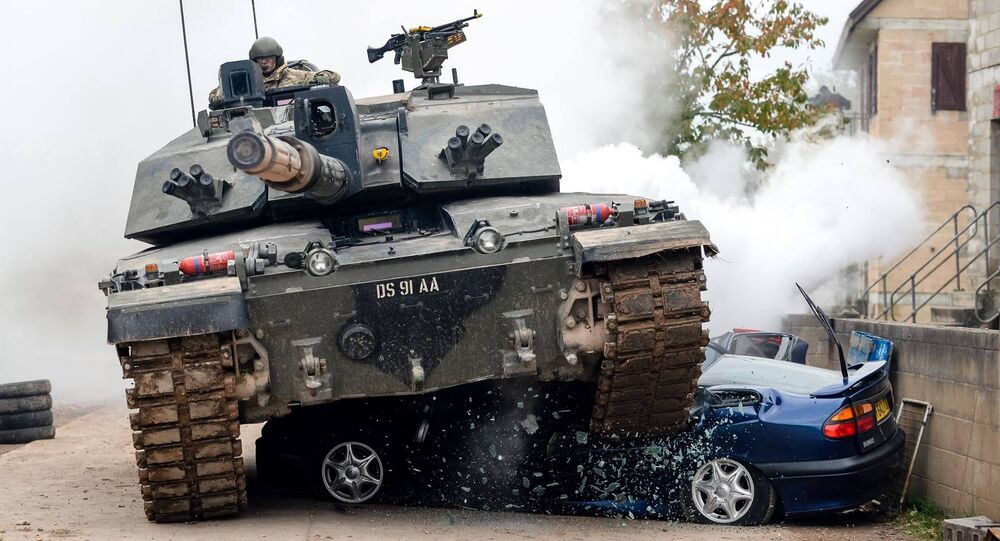 WASHINGTON (Sputnik) - Defense contractor BAE Systems launched a new battle tank with enhanced night-vision features that will boost the British army’s ability to conduct military operations in the dark, the company said in a press release on Wednesday.

"The upgraded tank — dubbed ‘Black Night’ due to its enhanced night-fighting ability — would bring for the first time to Challenger 2 two independent night vision systems, allowing the gunner to focus on one target while the commander identifies other targets simultaneously," the release said.

"We have chosen the best defense companies from around the world to collaborate with also, including names from Canada, France and Germany who bring unique skills and proven technology," BAE Project Leader Simon Jackson said in the release.

The Challenger 2 is an advanced main battle tank built by BAE Systems Land Systems in service with the UK Army. It entered service in 1998 and 386 tanks were delivered.