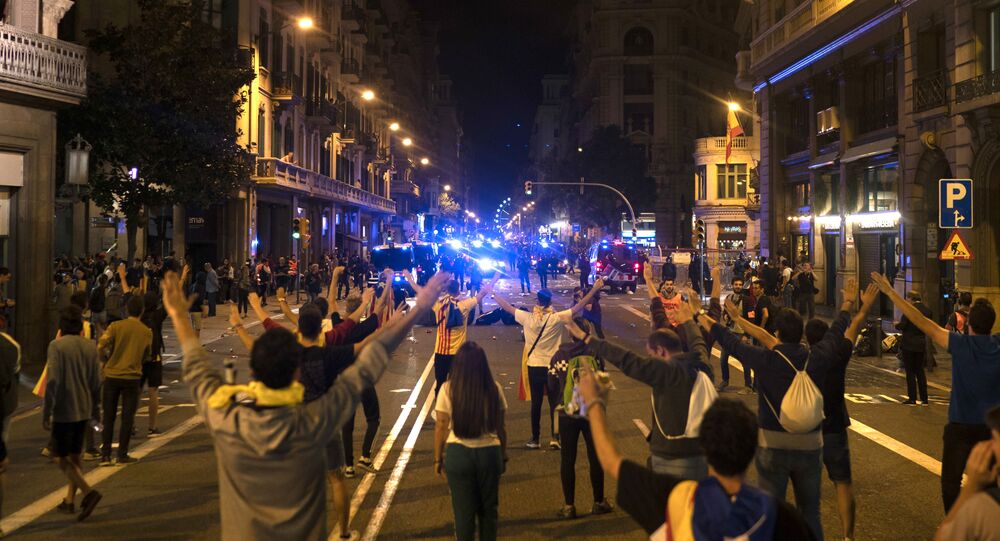 MADRID (Sputnik) - The participants of demonstrations commemorating the holding of Catalonia's independence referendum on October 1, 2017 clashed on Monday evening with police officers in the region's cities of Barcelona and Girona.

In Barcelona, where the mass actions brought together 180,000 people, following the end of the rally's formal part, protesters threw bottles, cans and eggs at policemen.

The rally in Girona has not been without tensions either, with participants attempting to pull down a fence surrounding the building of the Catalan government's representation in the city and break through the police cordon. According to local media, about 3,000 people participated in the rally in Girona.

Besides, clashes among demonstrations' participants have also been registered.