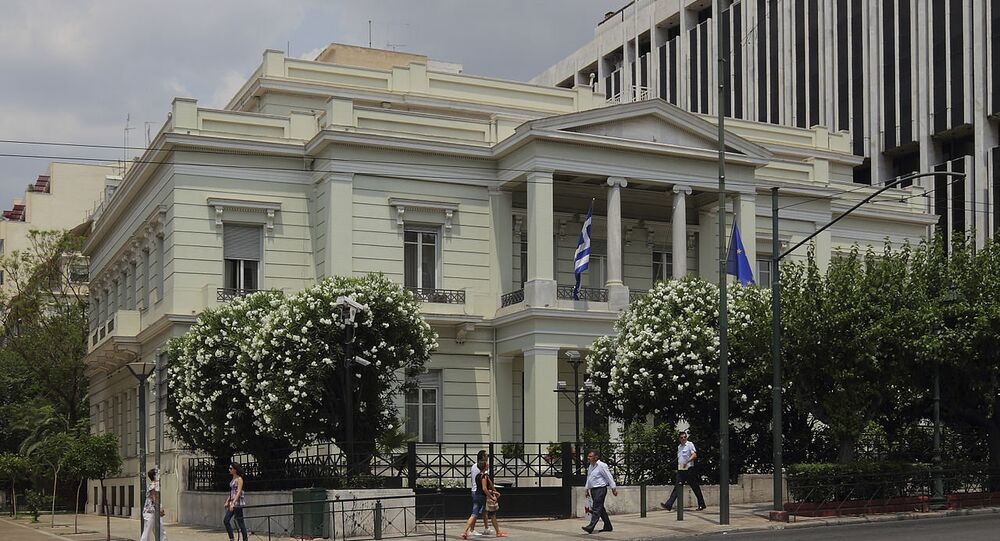 ATHENS (Sputnik) - Athens respects the results of Macedonia’s referendum on name change but considers them controversial, the Greek Foreign Ministry said on Saturday, reiterating its commitment to the Prespa deal.

According to the latest data, after the data from 53.74 percent of the polling stations have been processed, the turnout amounted to 34.9 percent of voters, with 90.83 percent in favor of renaming.

“The results of the referendum in the Former Yugoslav Republic of Macedonia, which are consultative and not part of the binding terms of the Prespa agreement, are controversial. The "Yes" [vote] has a significant lead but without the required turnout. A large part of the society of the neighboring country has supported the agreement. But a considerable part of it treated it with skepticism. Greece respects the decision of citizens of the former Yugoslav Republic of Macedonia,” the ministry said.

The ministry added that it was closely watching the situation in Macedonia and reiterated its commitment to the Prespa deal.

The ministry noted that nationalism and "irredentism stereotypes" offered no good prospects for the region, noting that "objections to the Prespa deal turned out to be wrongful and fallacious."

"The next steps require sober attitude from all sides, without exception, in order to preserve the positive potential of the Prespa agreement," the ministry concluded.

On June 17, Greek and Macedonian foreign ministers signed an agreement on the former Yugoslav Republic's renaming to the Republic of North Macedonia in the Prespa region, following a decades-long dispute over the use of "Macedonia," which Greece has been objecting to as this is also the name of one of its regions.

The country's new constitutional name will open the way for Macedonia's accession to the European Union and NATO, which has long been blocked by Athens over concerns that the neighboring country might have territorial claims to Greece's own region of the same name.

In the Ocean Deep: What You Don't Expect to See While Diving in Greece