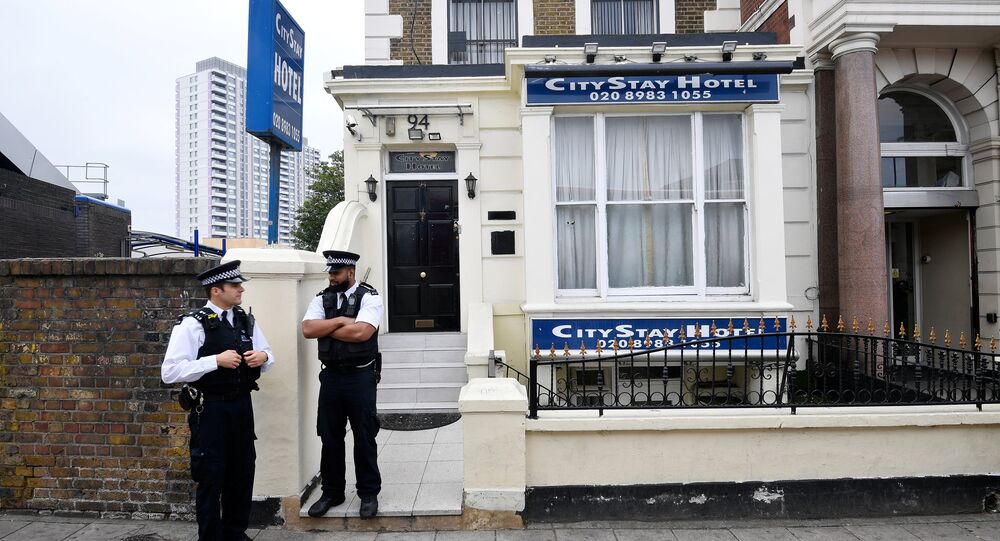 LONDON (Sputnik) - UK media reports that police and security services managed to identify another Russian national linked to the Salisbury poisoning incident are a new spin of the campaign to smear Russia, the Russian embassy in London told Sputnik.

"Unfortunately, we are once again witnessing another round of a powerful information campaign launched by the conservative government in March with the aim to smear and isolate Russia in the international arena… the entire situation around the Skripal affair is a well-planned provocation," an embassy spokesman said.

The statement of the Russian embassy comes following reports by the UK media published earlier in the day claiming that the UK authorities allegedly tracked down and identified a third suspect in the Skripal case, who is believed to have visited Salisbury for reconnaissance purposes before the poisoning.

Earlier, Russian Foreign Minister Sergey Lavrov said that the Skripal affair was falling apart due to the lack of evidence proving Russian involvement.

© AP Photo / Matt Dunham
Salisbury to Be Rebranded After Skripal Case Caused Tourism Slump - Official
The Russian Foreign Ministry has sent some 60 diplomatic notes to the UK Foreign Office demanding that Russia be given access to the investigation and the injured Russian citizens, as well as requesting legal assistance and proposing cooperation, including on the joint inquiry. However, no response from the UK authorities has been received.

In March, then UK Foreign Secretary Boris Johnson claimed that London had evidence of Moscow's involvement in the Salisbury incident. The accusation turned out to be false as the head of the UK Ministry of Defence's secret laboratory said that the UK experts could not determine the source of origin of the substance, which, according to the United Kingdom, was used to poison the Skripals. On the same day, the UK Foreign Office admitted that the conclusions on Russia's involvement in the Salisbury incident were based on their evaluations of the information, not on proven facts.