MOSCOW (Sputnik) - Hungarian Prime Minister Viktor Orban on Tuesday said that Hungary would not change its policy regarding illegal migration and would stand up to the European Union if needed.

"Hungary will protect its borders, stop illegal migration and will defend its rights. If needed we will stand up to you too," Orban told the EU Parliament.

The statement was made amid the European Parliament's plenary debate on the damning report on Hungary drafted by Judith Sargentini, a European lawmaker from the Group of the Greens/European Free Alliance.

Hungary has long been critical of the European Union's open-door policy, initially introduced at the onset of the continent's migration crisis, and opposed the mandatory migrant relocation quotas. Budapest's stance prompted the European Commission to launch its first infringement procedure against Hungary over its asylum legislation in December 2015. Hungary, in particular, set up border fences and enhanced border control with neighboring Serbia. 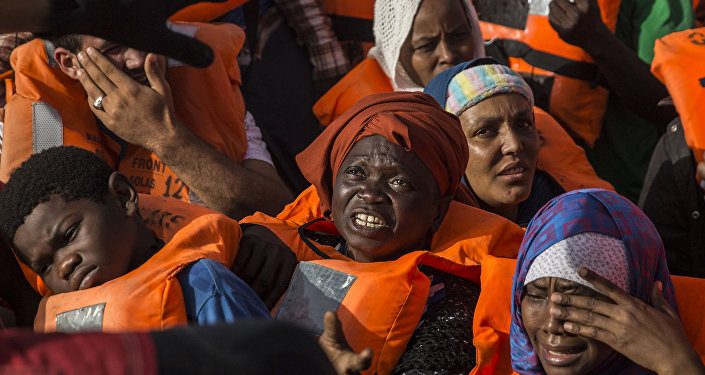 On July 19, the European Commission referred Budapest to the Court of Justice of the European Union over its Stop Soros law, which the commission argued did not comply with EU legislation.

In 2017, Hungary's parliament adopted a law stating that all asylum seekers entering Hungary, as well as those already in the country, would be required to wait for the verdict on their asylum case in mandatory transit zones, so-called container camps on the border.