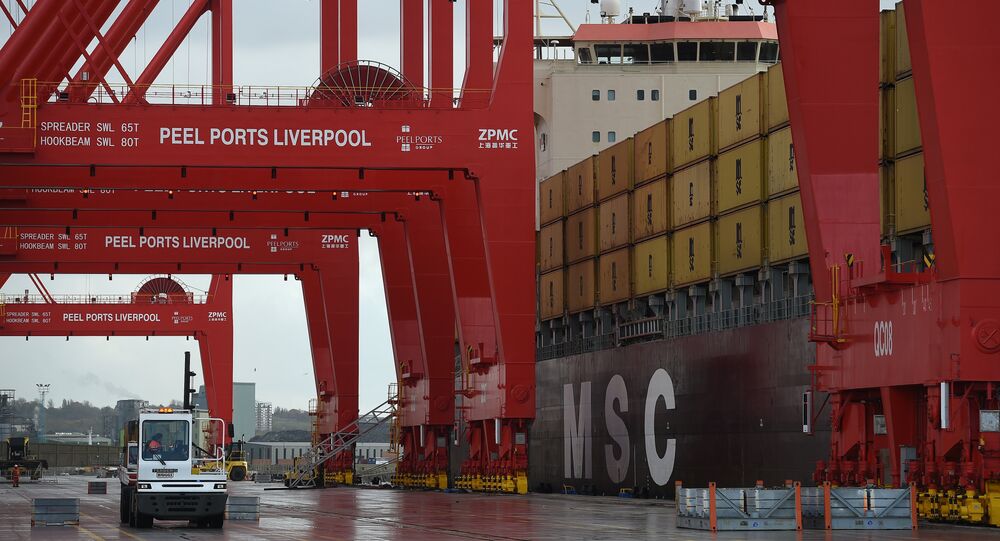 The boundary between the Republic of Ireland and Northern Ireland remains an issue of Brexit talks amid concerns that the UK's exit from the EU might cause difficulties for the free movement of goods and workers between Ireland and the Northern Irish counties of the United Kingdom, as well as the return of a "hard" border between them.

The UK government has rejected proposals to scrap the Chequers plan on Britain's withdrawal from the bloc. The proposals stipulate the presence of EU officials at British ports serving Ireland in an attempt to resolve the problem of the Irish border after Brexit.

"We believe the solution that we set out in the white paper and at Chequers [plan on Brexit] delivers on the issue of the Northern Ireland border. As the PM [Theresa May] has said many times, she is a committed unionist; that's a key fact in where we've ended up," a Downing Street spokesperson was quoted by The Guardian as saying.

The compromise proposals, which are aimed at "de-dramatizing" the Irish border issue, envisage that EU staff could be allowed into such British ports as Liverpool and Bristol in the same way UK Border Force personnel man posts in the French city of Calais.

"Ireland is key to everything and we’re keen to show it’s not a problem. This is essentially reversing Le Touquet [a commune in the Pas-de-Calais department in northern France]. If the EU is so worried about [customs] checks, they could come into our ports," according to the Tory Eurosceptic group led by Conservatives Steve Baker and Jacob Rees Mogg.

Their remarks came after Northern Ireland Secretary Karen Bradley warned that abandoning the Chequers blueprint could kill off Brexit altogether.

Initiating "different approaches and different proposals […] might mean Brexit simply doesn't happen," she underscored, urging her Tory colleagues to "get behind" May's plan on Brexit.

© CC BY-SA 3.0 / Ardfern / St Eugene's Cathedral, Francis Street, Derry, County Londonderry, Northern Ireland
'Britain Will Never Agree on Dividing Northern Ireland From the UK' - Economist
In early June, a UK government spokesperson said that Britain will never accept a customs border between Northern Ireland and the rest of the UK and that London is also "committed to maintaining the integrity of our own internal market."