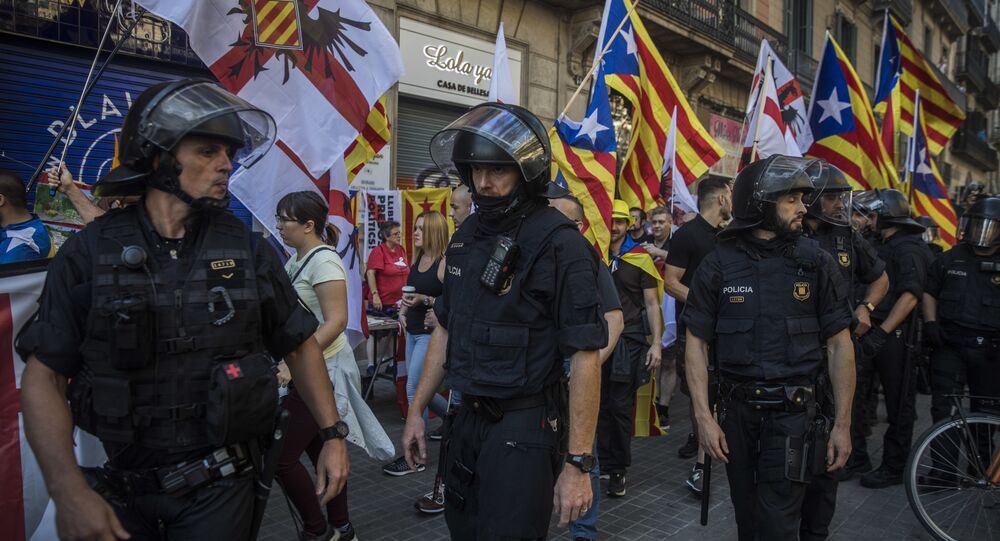 On October 1, 2017, Catalonia held an independence referendum, in which the vast majority of voters backed the region's secession from Spain. Madrid did not recognize the vote and imposed direct rule over the autonomous region, dismissing its government.

At least 460,000 people are expected to take to the streets in Barcelona later on Tuesday to push for a "Catalan Republic," in a rally that comes nearly a year after Catalonia's botched attempt to break away from Spain.

The demonstration coincides with the annual "Diada" celebrations to commemorate the fall of Barcelona during the Spanish war of succession on September 11, 1714 and the region's subsequent loss of autonomy.

"Our government has committed itself to bringing about the republic. This is a nation that feels and wants to be free. Long live free Catalonia," the region's leader, Quim Torra, said in a televised address ahead of the upcoming rally.

He pledged a "shared republic for all Catalans," stressing the necessity to strive for Catalonia's independence for the political prisoners and all those who are "persecuted for defending the freedom of Catalonia and because we gave our word to the people in the self-determination referendum of 1 October, [2017]."

An opinion poll conducted by the Catalan government's Centro d'Estudis d'Opinio in July revealed that 46.7 percent of Catalans had called for an independent state, while 44.9 percent had opposed the region's independence.

After the vast majority of Catalans supported the region's secession from Spain during the October 1 referendum, Madrid imposed direct rule over the autonomous region and dismissed its government, in a sign that the Spanish government refused to recognize the vote.